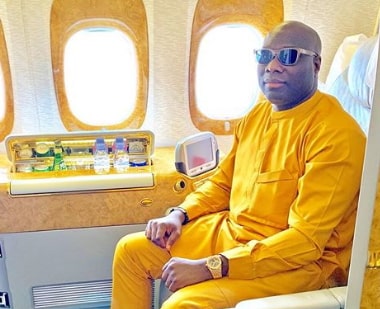 The EFCC has arrested Instagram billionaire, Ismaila Mustapha aka Mompha for money laundering and internet fraud.

Mompha who recently acquired a multibillion naira ride was arrested by the EFCC on his way to Dubai from Abuja after a series of intelligence reports said to be linking him to organised transnational cyber fraud and money laundering.

5 wrist watches worth over N20million were recovered from him at the time of his arrest.

The EFCC said Mompha was arrested on Friday

Here is what the agency’s spokesman, Wilson Uwujaren said today in Abuja about his arrest.

“Mustapha allegedly perpetrates his fraudulent activities under the cover of being a Bureau de Change operator, to launder his proceeds of crime”.

The commission disclosed that the suspect had volunteered useful information while investigation continued, adding that he would be charged to court as soon as investigation was concluded.