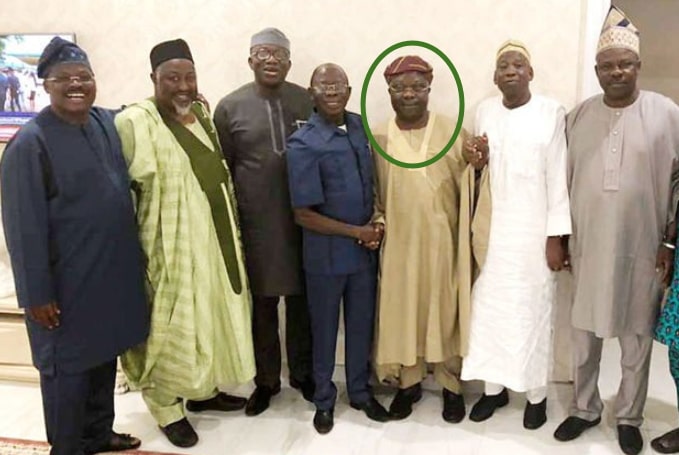 Osun SDP candidate Iyiola Omisore on Wednesday confirmed that he had teamed up with the All Progresives Congress (APC) to win today’s supplementary election.

Besides, leaders of his party explained why it chose to work with the APC instead of the Peoples Democratic Party (PDP).

The battle to produce the governor-elect is a straight one between APC candidate Mr Gboyega Oyetola and PDP candidate Senator Ademola Adeleke.

There are 3,498 registered would-be voters in the units.

Omisore, who came third in Saturday’s election, became the beautiful bride for the supplementary poll, wooed by the leading parties. Senate President Bukola Saraki visited Omisore to seek his support for Adeleke.

The delegation of the APC was led by Ekiti State Governor-elect Kayode Fayemi,

Omisore was received in Osogbo by a team of governors and leaders of the APC, including National Chairman Adams Oshiomhole. In the team is Secretary to the Government of the Federation (SGF) Boss Mustapha.

Omisore told reporters in his Ile-Ife country home yesterday that the SDP’s coalition with the APC would guarantee victory for Oyetola.

According to Omisore, the SDP was left with no option other than to pitch its tent with the APC after the PDP failed to respond to the SDP’s terms and conditions for a coalition government.

The SDP candidate said he took the decision on the acceptance of his party’s manifesto, including payment of backlog of arrears to civil servants and pensioners within the first three months of assumption of office by the APC- led government.

“Osun State has always been a stellar example of democracy where the people have consistently and freely expressed their franchise to determine who governs them. This should remain so.

“Osun people have shown that it is not business as usual. It is a positive deviation from what was hitherto the norm. I am telling my people that they should go with any political party that believes in what we in the SDP stands for – good governance, social justice and accountability.

“I have already detailed how we plan to restore Osun to the path of good governance through the five thematic pillars in my manifesto I shared during the electioneering. I will not negotiate for personal gains and abandon my people.

“My alliance is with the people of Osun State, irrespective of the political parties they belong. I want my people to be treated with the dignity they deserve. I desire that they have a government that will be accountable to them.

“I want them to experience the good governance the founding fathers of this state envisaged. I have told the parties that have solicited for my support to approach the electorate and ask for their mandate as I have assured them that I will not coerce them for political or social power. It is because I have kept my promise that made me enjoy their unalloyed support all these years.”

However, a former Minister of Aviation Chief Femi Fani-Kayode, lashed at Omisore for supporting the APC candidate.

In a statement, Fani-Kayode said: “Iyiola Omisore’s decision to support the APC in tomorrow’s rerun is shameful.

“ It is sad that he would seek to deny Ile-Ife the position of Deputy Governor simply for money. He told me he would stand firm two days ago and he told our leader and father Baba Ayo Adebanjo the same thing last night.

“ I do not know what has turned his head but we shall forge ahead and by God’s grace Adeleke will win. There is no excuse or justification for joining or supporting those who treated our people like filth and slaves over the last 8 years and who rigged last Saturdays election.”