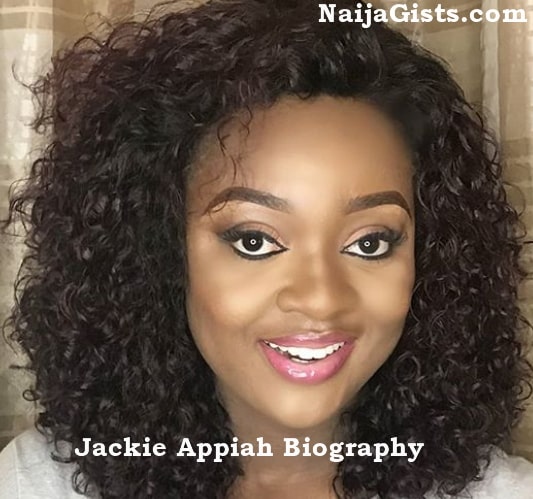 One of Ghana’s favorite darlings, Jackie Appiah is a beautiful multi-talented actress that has managed to prove herself as one of the greatest over the years. She has been a lovable representation of the country and its entertainment industry over the years with her exceptional works traveling beyond the shores of the country and continent as a whole.

With the astounding acting skills and superior mental prowess often expressed by the beautiful actress, one would think she was bred and groomed in a drama school, but that is far from the truth. Her story is one that entails having to relocate between regions that are continents apart as a child and still managing to adapt and come out on top at the end.

Jackie Appiah is, without doubt, one of the greatest female actresses to have ever come out of Ghana and this status has earned her several awards and respects among colleagues as well as fans. This status has helped propel her career and inked her name in the country’s hall of fame. This has also come with its negative as the beautiful actress is one of the victims of several allegations and rumors, and also of divorce, a common occurrence with personalities in the entertainment industry.

Nonetheless, Jackie Appiah’s life story and works have been a source of inspiration to several people over the years. Despite having a failed marriage, and the setbacks that accompany being a female artist in the entertainment industry she has done well to build an amazing career for herself, one that is bound to last for decades to come. She is also regarded as an amazing mother having had to single-handedly raise a child and she seems to be doing pretty well at that.

This article offers an insight into the life of this talented actress. It contains in details her childhood, her constant trials till she made her name in the entertainment industry and also her personal and family life.

Jackie Agyemang Appiah who is famously known by her maiden name ‘Jackie Appiah’ is a Ghanian actress that was born on the 4th of December 1983 in the North American country, Canada. She was born into a middle-class family and was the last of five children. Her parents are  Kwabena Appiah who is her father and brother to a famous Ghanian lawyer and activist Joe Appiah, and Janet Owusu who is her mother. She has four other siblings who are all females. 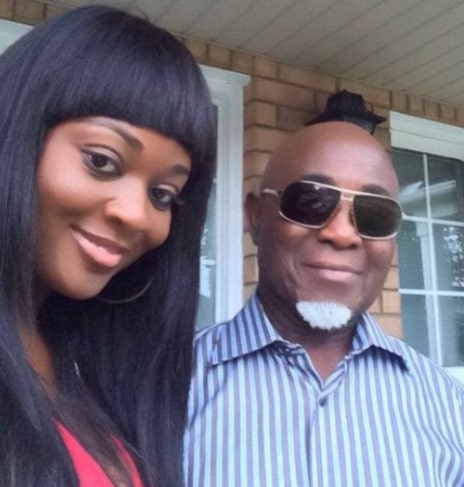 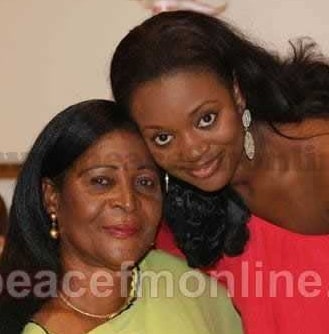 A decade after her birth, the actress relocated to Ghana with her mother while her father stayed back in Canada. A move many of her fans do not know the real reason behind. Nonetheless, the actress quickly got accustomed to the system, and about two years later she was already an active member of the local church drama playing different roles.

The actress subsequently gained more interest in the entertainment industry especially for the onscreen life as an actress and sought to follow her passion in the following years. She is well known for having been a runner-up at the Talent Teens Completion, a widely broadcast TV competition for teenagers in Ghana. Through her several activities and pursuits, Jackie Appiah gained the skills and experience needed to make it big in the movie industry, and this complemented by her talent set her up for success. A fact that was confirmed by her constant rise up the ranks in the coming years.

Jackie Appiah is a very talented and beautiful individual, and it did not long before she found her way to the mainstream. Her debut movie which was titled ‘Divine Love’ was a very successful one, and although the actress claims she was intimidated by the new environment the experience turned out to be quite good, and she did well to impress the director and the public at large.

Coincidentally, the movie also served as the debut for colleagues Van Vicker and Majid Michel. This is surprising as Jackie Appiah and the duo are currently one of the biggest stars in Ghana and Africa as a whole. After her role in the movie, she gained prominence in the Ghanian movie industry, Ghallywood and her onscreen time and offered roles in movies increased significantly.

After a few years steadily working her way up the ranks and managing to charm the public with and beauty and talent, the actress got her big break when she was offered a role in Edward Seddoh Junior’s play ‘Things We Do For Love’. Edward Seddoh Junior is a popular Ghanian writer, and his play received major airplay helping the actress boost her career. She got to play the role of ‘Enyonam Blagogee’ in the movie and as usual, didn’t fail to impress.

This raised her status to be a household name in Ghana, and she went on to feature in many other prominent series and movies, bagging awards and endorsements in the process. Her prominent series include Tentacles and Sun City just to mention a few. A few years into her career as an actress, Jackie Appiah had attained the height of an A-list actress in Ghana and featured alongside many of the biggest stars in Ghana at that time. She was involved in many commercially successful projects and had become known to her counterparts in Nigeria’s Nollywood due to her exceptional works.

Her introduction into Nollywood was a very successful and pleasant one as she was well known in Nigeria from her movies in Ghana. She featured alongside many of the biggest stars in Nigeria, one of them being Nollywood’s lover boy Ramsey Noah. Her time in Nollywood was a very successful one which increased her fame and social status. Some of the prominent movies she featured in are Bitter Blessing, My Last Wedding, Black Soul and so many others.

A few years into her career, Jackie Appiah had attained so much fame and significance in the Ghanian entertainment industry that she could be referred to as one of the most sought-after actresses in the entertainment industry. This earned her several endorsements with many of the largest private and public business organizations of that time. Her pictures were a common sight on billboards and advertisement clips in several parts of Ghana. She is still currently the brand ambassador for IPMC.

Jackie Appiah has had a very successful career with her works traveling beyond the shores of her home country, Ghana to several other African countries. This has earned a host of prominent awards on the local and international scene. She won her first major award which was, Best Supporting Actress at the Africa Movie Academy Awards (AMAA) in 2007. She subsequently went on to win several other prominent awards such as Best Actress in Lead Role at the AMAA in 2010, Best Actress at the Ghana Movie Awards in 2011 and many others.

She is one of Africa’s biggest stars, and her projects are well known in her country’s Ghallywood and Nigeria’s Nollywood. She is the brand ambassador of several private and public companies in Nigeria and has many other personal business investments. All these have earned her an estimated net worth of $0.8 million.

Jackie Appiah was born into a family of notable individuals. Her father whose name is Kwabena Appiah is the brother to a famous Ghanaian lawyer and activist ‘Joe Appiah’. Her mother’s name is Janet Owusu, Jackie is the last of five children.

Jackie Appiah was once married, but the union was short lived due to unknown reasons. She was married to Peter Agyemang in 2005. The couple was head over heels with one another, and the couple was blessed with a single child, a boy named Damien. Everything was going very fine until the marriage hit the rocks three years later. 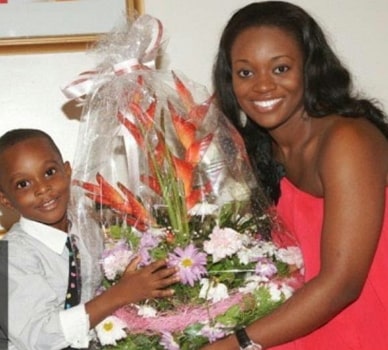 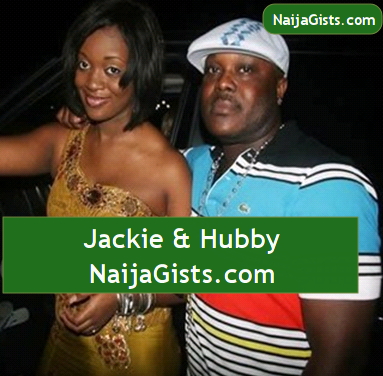 It was a messy break up with several allegations coming from both sides. Peter Agyemang claimed Jackie Appiah was dishonest and a liar because she portrayed him to the public as a dangerous person. The couple completed their divorce four years after their separation, in 2012. The actress was lucky to have won custody of their son, Damien.

They both seem to have moved on with both sides rumored to have been involved in romantic relationships with other people. Jackie Appiah was rumored to have been involved in a serious romantic relationship with a colleague, Bobby Obodo. Bobby Obodo is a famous Nigerian actor, and it is believed both actors met while on set. The actor has come out to nullify all rumors by stating that there is nothing going on between him and the beautiful actress and that their relationship remained professional. 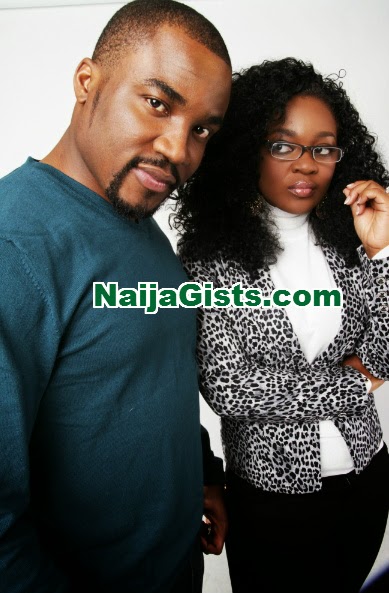 It is unclear whether the actress is currently open to serious romantic relationships as it is a topic she has managed to avoid in interviews over the years.

Now at the age of 35, Jackie Appiah has done well to retain her position as one of Africa’s leading stars over the years with her exceptional works. She is still very active onscreen and has some commercially successful movies in 2018 alone to her name. Some of her 2018 movies include Beautiful Smile and Heart of True Love; just to mention a few. She is a recipient of several endorsements and her most recent one is with popular Hair Care Company, Pan-African Hair Growth brand. The actress was very excited about it and took to her social media accounts to celebrate it.

Away from work and the entertainment industry, Jackie Appiah seems to be having the time of her life as she is seen posting amazing pictures of her possessions on social media. One of such was when she posted a picture of her newly acquired Maserati Sports car, an exotic car believed to be worth thousands of dollars. This is in similarity to her several other A-list colleagues such as Nadia Buari and Genevieve Nnaji. This actresses seem to have a thing for luxurious things and are a well-deserved reward for their exceptional works.

Jackie Appiah is also a doting mother and although she rarely shares personal pictures of her son Damien whom she had with her ex-husband before their divorce. She decided to deviate from the norm and shared an up-close picture of herself and Damien. The young boy seems to be growing up to be a responsible man and shares the good looks of his mother.

It is unclear whether the beautiful actress is currently in any romantic relationship or is open to new ones as she has done well to keep her mouth closed on personal issues in her life since she separated from her ex-husband, Peter Anyemang.

The actress is more focused on developing her career and making her contributions in developing Ghana’s Ghallywood to an industry of world-class standard. She remains one of the most loved and talked about celebrities in Ghana and is guaranteed to have more to offer to her fans all over the world.