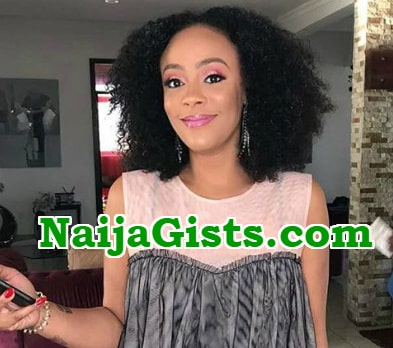 Fast rising cross over actress Haillie Sumney who decided to quit her nursing job in the USA and relocate to Africa for acting in this chat with Saturday Beats warned African entertainers to stop having reckless sex. Sumney also encouraged Africans to consider investing in their home countries instead of wasting away in the American Zombie system of working and paying bills.

“Many African actors stand the risk of contracting Sexually Transmitted Diseases and HIV; I say this because African people can be very promiscuous and a lot of them do not believe in using condoms or using protection. They feel like they are ‘supermen’, and that HIV is not real.

“This is one of the reasons why I want to have a section for health on my television show; to educate the youth in a fun and laid back way. I also hope to have seminars, rallies and school visitations, where I would talk about these issues. It is a very big issue but we do not talk about it. We will go to hospitals; there are a lot of people dying of HIV. There are a lot of people that have HIV and do not even know that they are living with the virus because they have not tested themselves.

“As for me, I practise what I preach. My parents own a TV station in Ghana called Mission Africa TV and I will anchor a show there called, Vibe With Haillie, which is in the pipeline. It is a talk show that focuses on health-related topics, as I have that background. I would be giving health tips and discussing health issues as well as entertainment”.

Born to a Ghanaian mother and a French father, Sumney said though she loved her time as a nurse, she offered the course to please her parents.

“I offered to study nursing because of my parents. They did not really see my vision as an actress and initially, they wanted me to have a professional degree. I enjoyed nursing but it was not my true passion and when I got back home, I decided to chase my dream.

“I worked as a nurse for about two and a half years and I enjoyed taking care of people because I have a good heart. I worked at Riverside Hospital, which was not far from the university that I attended. I enjoyed the job, to be honest, but I felt it was not really my calling. I enjoyed it while it lasted,” she said.

The actress, who has been shuttling between the US, Ghana, and Nigeria, also advised Africans desperate to leave their countries in search of greener pastures abroad.

“I was not born with a silver spoon in my mouth, though I lived abroad for a long time and that is the mentality that most people have. When people hear that you are based abroad, they think that you are rich but you should see the way people are struggling abroad. For me to leave nursing and return to Africa; if it was so good, then why would I have left?

“Even if you are making money, it is spent on paying bills. The American system is all about paying bills and that is why I tell people who want to relocate abroad that they should just go to school and return to Africa because it is very easy to make it here than there. I say that they have a ‘zombie’ system whereby you would work like a robot and keep paying bills; to me, you cannot excel that way,” she said.

Dija Is Husband Third Wife..Eric Oluwarotimi Olojugba In 3rd Marriage After 2 Failed Marriages
My Nigerian Boyfriend Asks For Money All The Time: What Should I Do?