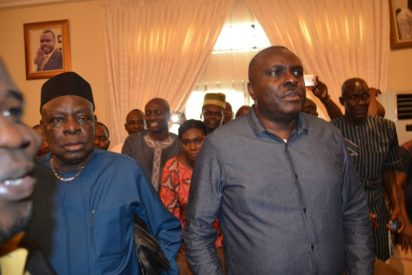 HR Lawyer Falana today said it is disgusting for ex-Governor James Ibori, an ex-convict to be celebrated in his hometown.

The Human Rights activists who spoke at the Symposium in memory of late activist, Pa Alfred Ilenre at the Femi Falana Chamber, Ikeja, Lagos, Southwest Nigeria, said the gathering to celebrate Ilenre was one of integrity, but lamented that people celebrate criminals in the nation today. 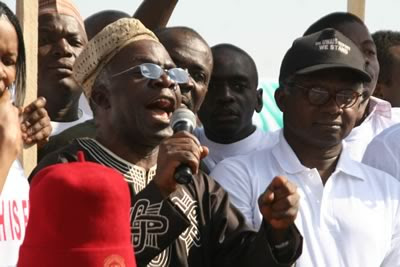 “A criminal, a man who told them in England that ‘I am a thief’ and went to jail, the man came here and said ‘I am not a thief’. Our comrade (Ilenre) used to fight all those who are making a mockery of religion by deceiving us, all those bishops, the fake ones among them, how can anybody compare a convicted criminal in the UK with Jesus Christ. This is the height of blasphemy and that is what is going on in our country.

“Somebody shop-lifted in the UK in 1991 and was convicted. He was involved in credit fraud in 1992, he was convicted; in 1995, he stole building materials in Abuja, he was convicted, but they said they could not find the record. In 2012, he was convicted in the UK, he pleaded guilty, it is a different matter if he pleaded not guilty, he said ‘I am guilty, I am a thief,’ for allegedly stealing $250 million from the poor Delta State, he was jailed, the man now came out of prison, how can they be celebrating a criminal?” .

Falana also said that in memory of Ilenre, all the looted money the Federal Government had recovered from political criminals were spent on providing healthcare for the people and jobs for the youth.

“All the money they are recovering now, they have recovered millions, the last one recovered in Lagos was $153 million, that same person, we were told has a house in Banana Island, it is another place entirely where a flat is $250,000, about N300 million per annum in this Lagos, so if they are recovering these assets and money, please, let us insist that this money should not be distributed through the federation account; don’t put it in the budget because it is going to be lost.

“We are suggesting that all the recovered looted money should be put in a dedicated account and a committee of patriots drawn from labour, women group, student group and youths should be constituted and let that committee manage this fund on job creation and fixing of our hospitals. If you put $50 million for job creation, if you multiply $50 million by N500 today, that is about N25 billion and we can go further and say that N72 billion should be set aside, N2 billion per state for job creation so that we can take many of our young men and women out of unemployment.

“The second one is for us to fix our hospitals. If anybody is still saying there is no money, he is talking rubbish; it is a matter of priority. Awo devoted more than 50% to education and health and at that time, there were no contractors, all our roads were handled by Public Works Department, PWD, but today money for roads go to contractors. At that time Awo’s schools were built by local communities but today, they are built by contractors, we have some of the best engineers in the ministry and they are never used. Let us insist that this recovered loot, don’t do it like the Abacha loot because the loot can be re-looted,” Falana said