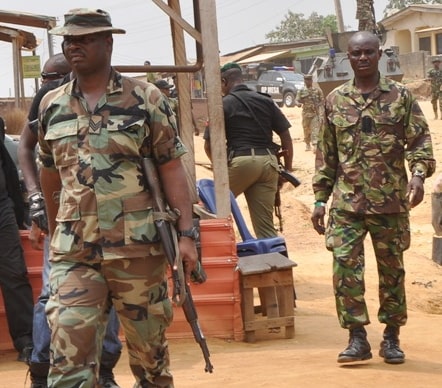 A young woman identified as Kehinde Ajimosu, has been arraigned at an Apapa Chief Magistrates’ Court for allegedly stabbing her boyfriend with a knife in the stomach, hand and buttocks.

24-year-old Ajimosu, a resident of  Akindele Street, Olodi-Apapa, Lagos, is facing a two-count charge of assault and breach of the peace. She pleaded not guilty.

Prosecuting Inspector Ferdinand Asu said the accused committed the offence on November 4 at her home.

He alleged that the accused stabbed the complainant, Aare Aminu, in the stomach, hand and buttocks.

Asu said Ajimosu also conducted herself in a manner likely to cause a breach of the peace by running on the street with a knife in her hand.

He said the suspect thought the complainant was cheating on her.

The prosecutor said efforts by witnesses to stop her from stabbing her boyfriend proved abortive.

Chief Magistrate Michael Olubi granted the accused N100, 000 bail, with two sureties in the like sum.

He adjourned till January 9.