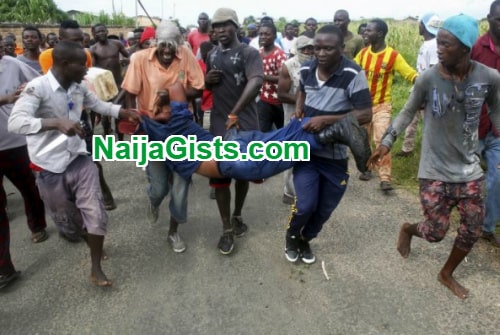 A man has lost his life to a bloody clash between two Mafia gangs, Black Axe and Supreme Eiye confraternity.

According to witnesses, a man simply identified as Shefiu was shot dead around 1am on Tuesday during a scuffle with members of the Black axe gang.

The Black axe cultists reportedly fled the scene , leaving behind the lifeless body of the victim, who was a member of the Eiye cult.