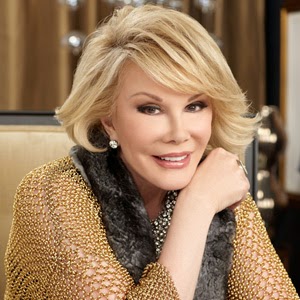 Controversial TV personality Joan Rivers has been rumoured dead following a medical condition she developed during a surgery at an undisclosed clinic.

She was reportedly rushed to Mount Sinai Hospital in New York where she was said to be in a bad health state.

81-year-old Joan River who went to a plastic cosmetic clinic this afternoon was undergoing a reconstructive procedure when things suddenly went down.

“She stopped breathing and CPR was conducted on her but when they couldn’t get back her pulse, she was immediately rushed to the emergency ward of Mount Sinai Hospital” – A source told E!

The doctors described her condition as either a cardiac or respiratory arrest.

Still unsure if the doctors at Mount Sinai were able to revive her but her daughter Melissa in on her way to the hospital.