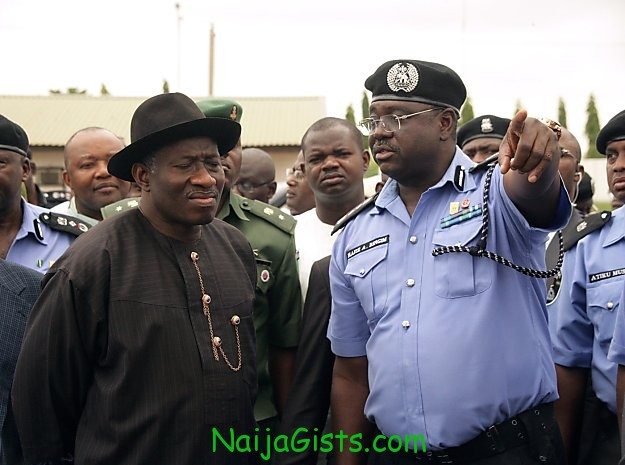 The Inspector-General of Police, Hafiz Ringim has been given 24 hours to produce escaped suspect, Kabiru Sokoto who disappeared in a questionable circumstance while in police custody or face sack. naijagists.com

Ringim was said to have waited for hours at the Aso Rock presidential villa to have an audience with the President, but he (Jonathan) refused to see him but would rather prefer him to channel his message through the Office of Minister of Police Affairs.

The police officers handling the case, CP Zakari Biu has been suspended by Ringim for gross negligence, and may be dismissed, and face criminal charges.

Zakari Biu, who was dismissed from the force during President Obasanjo’s regime for his involvement with Abacha’s reign of terror on NADECO activists, is said to have come from the same State and the wanted suspect and was reinstated back into the force after Obasanjo left power.

According to SaharaReporters, Biu was very bitter about the death of his son, Tahir Zakari Biu, an officer at the EFCC who was killed in the October 1, 2010 Independence Day bombing that claimed 27 lives in Abuja believed to be masterminded by Niger-Delta militants.