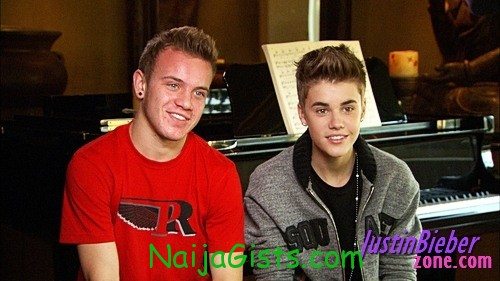 Top music popstar, Justin Bieber, gave one of his childhood friends, Ryan Butler a gift to remember for long as a Christmas present – a convertible Mustang, which has been his friend’s childhood fantasy. naijagists.com 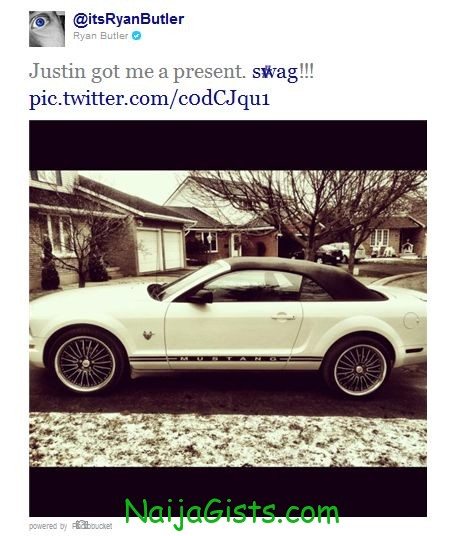 The elated friend took to his Twitter page to announce his surprise to his followers; “Justin got me a present. #swag!!!” along with a pic of a brand-new ivory two-door Ford Mustang convertible Sunday.

Justin and Ryan grew up together in Stratford, Ontario. Butler makes a cameo in Bieber’s 2009 music video for his hit, “One Time.”

This is the true meaning of friendship…Nice move Justin (gistexpress)