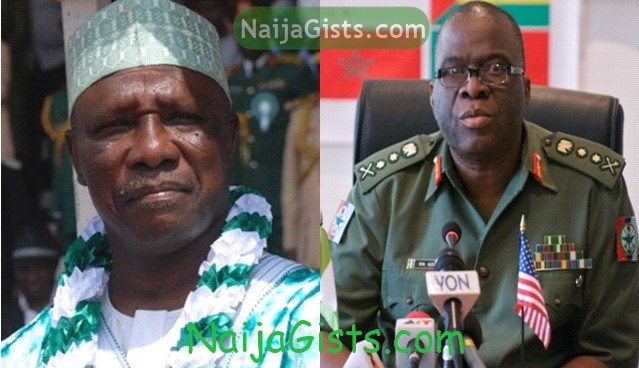 Governor Yakowa and General Azazi were both declared dead in a fatal helicopter crash that happened today in Bayelsa state.

The identities of the other people that died in the tragic crash have not been confirmed.

The helicopter crashed when they were coming from the burial of Oronto Douglas’ father, a top presidential aide.

The crash took place at Ogbia creek in Bayelsa in the early hours of Saturday.

The crashed helicopter was one of the private helicopter some wealthy Nigerians took to the funeral today.

What a bloody day in Nigeria today.

Just this morning 5 siblings were burnt to death after their mother locked them up at a house in Kirikiri area of Lagos State Nigeria.