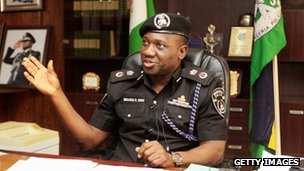 The Airtel regional office is located at the popular Malam Kato Square, near the Main branch of a bank while the MTN office is situated at Maimalari road in Bompai area.

The JTF spokesman, Capt. Ikedichi Iweha confirmed the death of the bombers to newsmen in Kano on Saturday.

Iweha said the first bomber who went to Airtel office succeeded in detonating the bomb which led to the destruction of the office.

He said that only the operator of the company’s generator set was injured in the attack which took place at about 8.45 a.m.

“With the exception of the two bombers, nobody else died in the two coordinated incidents,’’ Iweha said.

Iweha said the bomber who went to the MTN office was intercepted by security operatives before he could gain entry into the premises at about 8.50 a.m, adding that he died in the blast instantly.

“The quick response of the troops around the place averted the destruction of the office but the wall fence was touched in the coordinated attack.’’

He said that security had been beefed up around the two areas with a view to enhancing security.

However, an eyewitness said that “we just heard the loud sound of the explosion at the Airtel office around 8.35 a.m. and immediately after the blast the place was engulfed in flames.’’

Following the incident, traders around the area quickly locked their shops and ran for safety. Members of the JTF have cordoned off the areas.

No group has yet claimed responsibility for the bombing [source]