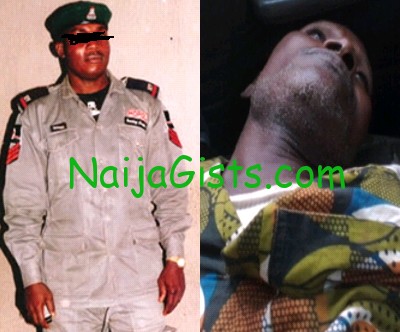 The Police Officer who brutally shot a Makoko Waterfront community leader while on duty on Saturday July 21st, 2012 has been arrested by Lagos Police Command.

The Police officer identified as Peppel Boma shot a Makoko community leader on the stomach yesterday during a special duty with the Lagos State Waste Management Authority (LAWMA).

The victim was rushed to a General hospital in Gbagada where he was later confirmed dead.

Another case of Police brutality in Nigeria.

Hope this deceased man gets the justice his soul deserves.