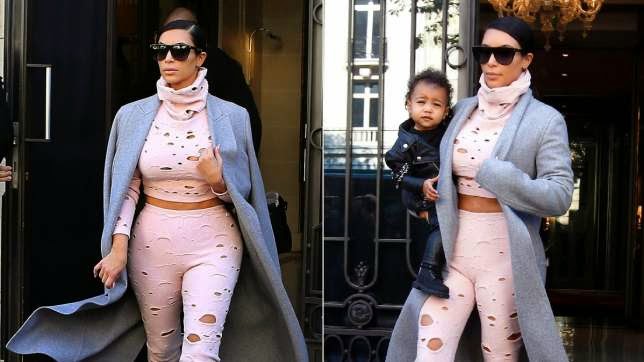 Yesterday, a fan sent us photos of a story that hit the web like wildfire yesterday that Kim Kardashian forgot her daughter at the hotel during a recent trip to Paris France.

We didn’t put it up because it hasn’t been verified.

The mother of one took to Twitter few hours ago to debunk the reports.

In the message, Kim K said she only went to the car to ensure that the car seat was properly installed.

“Hear on the radio today some story I forgot my daughter at our hotel as I’m leaving for the airport. Are you kidding me??? LOL
I went to the car to make sure the car seat was in because the day before we had a car seat issue.
Do u guys really think a 1 year old would be inside the lobby by herself! Oh wait she was waiting to check out lol” – Kim K laughed off the report via her Twitter handle @kimkardashian

No sane mother will ever leave her daughter alone in the hotel, fake stories travel faster than the speed of light.