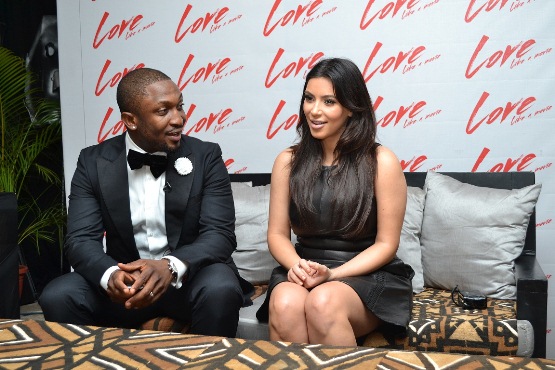 According to insiders, Reality TV show star, Kim Kardashian who travelled to Nigeria for Darey Art Alade‘s “Love Like A Movie” concert in Lagos on Sunday was paid a whopping sum of $500,000 not Naira o.

The beautiful star was paid the aforementioned sum for 45seconds stage appearance and a total of 45 minutes time watching the show like others.

According to our source, Kim Kardashian only appeared on the stage for 45 seconds and all she said was  “Hey Naija”……..to introduce Darey Art Alade to the stage.

Kim Kardashian‘s short visit to Nigeria sparked negative reactions from notable Nigerians and Charles Novia who felt her invitation to Nigeria was a waste of money and resources.

“My questions is: what is wrong with us Africans? When did Kim Kardashian become so good at hosting that she has to be paid thousands of dollars and be brought to Nigeria to handle a concert?”

Footballer Lionel Messi doesn’t even make such amount for a 90minutes football match.

Do you believe bringing Kim Kardashian to Nigeria for a 45 seconds stage appearance is a waste of money & resources?