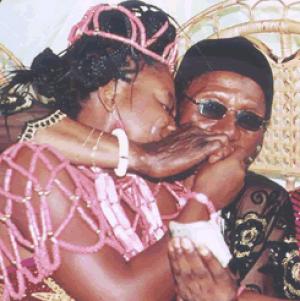 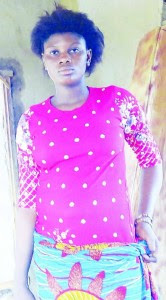 Odo, also known variously as Onuwa, King Solomon of Africa or King of Satan was married to 68 women but some of them had earlier died. Augustina Odo (nee Asogwa) and Virginia, nee Mogbo from Oraifite were among the dead ones. 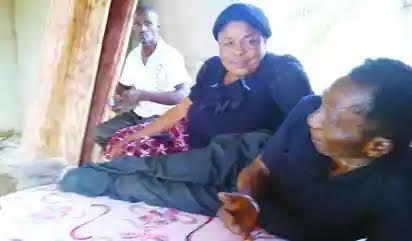 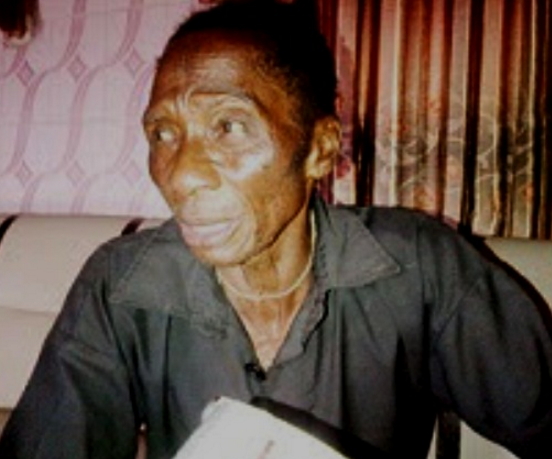 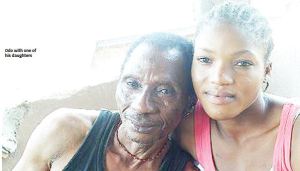 Odo with one of his wives

Odo spoke in an interview with the South East Voice at his palatial home at Aji, Enugu Ezike in Igboeze North Local Government Area of Enugu State. 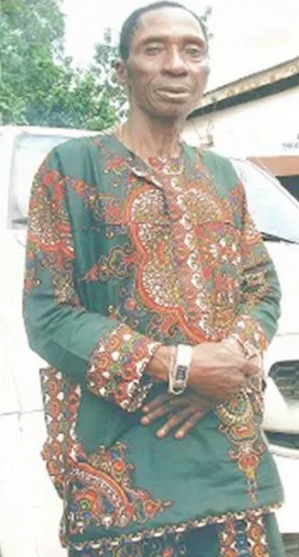 Onuwa who was armed with an Onward note book where names of his wives and over 200 children
were listed according to their dates of birth said that his first son, Emeka was born on December 15, 1969.

“I was born in 1947 on the day they had an eclipse of the sun and the moon. There was darkness in the afternoon on the day I was born. I was the only son of my parents. “I was baptised as a Christian in the Catholic Church and I even became a mass servant under Rev Father Desmond McGlade.

I however became a herbalist because of circumstances beyond my control. As I said, I was the only son of my parents but because some of his relations wanted to take over his landed property, they poisoned me. I contracted tuberculosis and had to be treated for years.
At a point, I was even unable to walk for about five years because I became lame. I ran to Ondo State in the South West, where I trained to become a herbalist at the age of 15, before returning to the village.

I married 15 wives when my father was alive and the situation prolonged his life. He died in 1992 at the ripe old age of over 90 years. My first son has seven children and four grandchildren. Any of my children who chooses to become a Christian is free to do so, provided he/she must become a Catholic. I don’t like the Pentecostal churches.”

Meanwhile, it was learnt that although Onuwa abhorred seeing his children attend churches other than the Catholic church, seven of them were ordained pastors at the Lord’s Chosen Church. Hitherto, some of them attended Catholic and Anglican churches while many of them took after their father in his business.

However, the ordination of the pastors brought about a radical Christian awakening in the extra-large family of Chief Odo. In the past four years, there had been a simmering misunderstanding between the pastors and their father regarding his herbal practice.

The pastors were said to be mounting heavy pressure on him to repent and turn to Jesus, a demand the herbalist spurned.