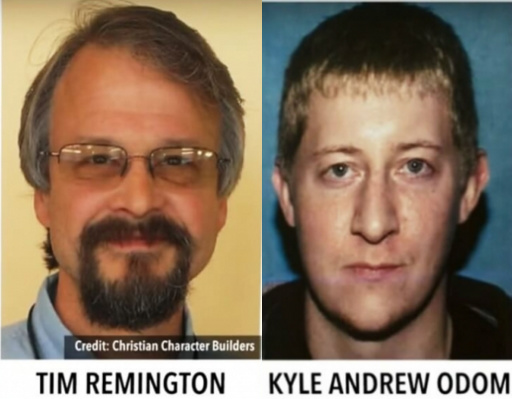 Pastor Tim Remington, an Idaho pastor who prayed with presidential candidate Sen. Ted Cruz, miraculously survived after a former marine shot at him six times. The Pastor’s survival has been described as a miracle, Breaking Christian News reported.

The shooting happened Sunday afternoon outside the Altar Church in Coeur d’Alene. Pastor Tim Remington is recovering after being shot multiple times, including in his skull and back.

Pastor Tim Remington’s shooter, Kyle Odom was arrested on Tuesday by Secret Service officers after he tossed several items, including flash drives, over the fence of the White House

The senior pastor was shot six times, including in the skull, after Sunday morning service, John Padula, outreach pastor at the church told Reuters. Remington regained consciousness on Monday evening as a candlelight vigil for his recovery was underway, Padula said.

“He opened one eye and gave me a thumbs up,” Padula said, adding that Remington does not have feeling in his right arm but appears to be improving. “Without God, there is no way he’d be here.”

The pastor’s survival is being called a miracle.

“One of the bullets TRIED to enter the brain but stopped at the skull,” a family friend wrote on Facebook. “Emergency room (technicians) and (doctors) are calling this a miracle, I’m saying, by today’s worldly standards it IS a miracle.”

Continue Reading
You may also like...
Related Topics:rim remington, us marine

The Shameful Posture Of A Lagos Primary School Teacher Everyone Is Talking About
King Solomon Of Africa: Simon Odo, The Nigerian Herbalist Who Married 68 Wives, Has 200 Children