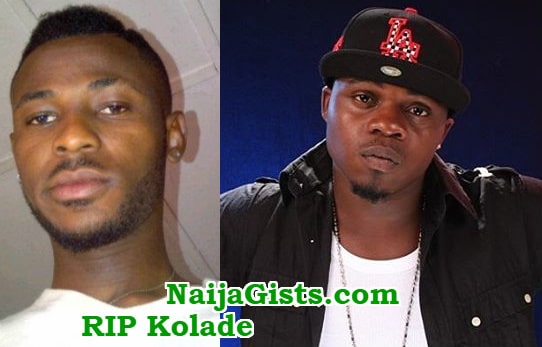 “How does his case concern you? Do you want to die for him? I will shoot you!”

That was the threat from one of the gun-toting policemen to the gathering watching them take a young man away in a commercial bus. Minutes after his rants, he actually discharged three shots. One into the air, two straight at the crowd. He quickly closed the door and the bus zoomed off with their captive.

It took seconds before the damage done registered, that the bullets discharged by the trigger-happy cop had buried themselves in a human body, the victim, hit in his genitals. In seconds, he was bleeding, his clothes turning crimson with blood. With the juice of life draining out of him, he slumped. He would die on the way to the hospital, another casualty of police brutality.

His death, however, triggered another furore in Lagos State, the ripples spreading across the country and turning a national outrage. Students and alumni of the University of Benin, the victim’s Alma Mater, staged a public protest to denounce the systematic police brutality. Twitter went livid and social media rallied again. The issue found its way into global attention via a CNN reportage and President Muhammadu Buhari issued a statement that those responsible be held accountable. Unprecedentedly, the police authority had paraded the rogue cops and subsequently dismissed the police inspector who fired the lethal shots .

The Kolade Johnson tragedy had once again reinvigorated public’s call for end to police harassments and impunity, and like the fury that drove the #ENDSARS campaign months ago, the backlash against the anti-cultism police unit was fiery.

Saturday Sun put together a whole picture of the tragedy of that Black Sunday when a young life was cut down in his prime and a promising talent was wasted.

Killed in his prime

No. 1 Beco Street, inside the Onipetesi Community. Until his death, that was where the victim, Kolade Johnson, lived with his sister, Mrs Toluwani Lukman, a caterer. But No. 1 Aboderin Street, at Mangoro bus stop, was the killing ground, where his life was snuffed by police’s bullets. A few metres to the left of the filling station, the ground was a patch of brown ochre where his blood had soaked into the sand.

Three days after the tragedy, bleary-eyed relatives were overwhelmed with visitors on condolence visits. “Please I am tired we have been granting interviews all day,” said the woman who went on to disclose, “He is my brother. We lived together and we were very close.”

That was the introduction to Mrs Toluwani Lukman, who gave Saturday Sun the minutiae of the last hours of his life.

“On that Sunday Morning, we went out together to get something from across the expressway. He walked with me there and back. When we came back, I cooked. He liked beans. There was a chair out there, he sat there and ate his food. Because there was no light, when it was time for him to go and watch football, he went out. He usually walked to the junction at the filling station. There is an eatery there, they like to stay together there and watch football matches. 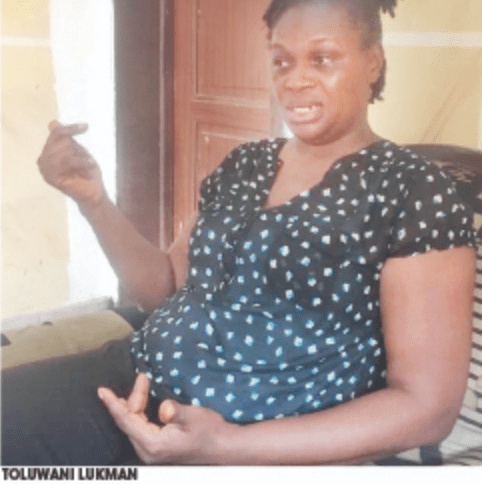 But barely an hour later, I was still sitting there when somebody rushed in to break the news that my brother had been shot in the leg. That sound strange to me––someone who just left here a short while ago? By the time I got there, they said his friends had already rushed him to the General Hospital. Getting to the hospital, I met his dead body. He didn’t make it. I couldn’t even look at his dead body.”

Pablo––real name Ola––is the person in whose arms Kolade died. He was at Kingstine-Jo restaurant, worn out, after returning from the police station.

He hadn’t successfully shaken off the trauma of the tragedy. On that fateful day, in a time span of nine hours, he experienced a sharp vicissitude: One moment, he was with his friend having a jolly good time––drinking and cheering their favourite Premier League team––; the next moment, the friend was shot and bleeding, his life fast ebbing; and in the next few minutes, the fellow was gone and his corpse had to be deposited in the morgue.

Here is Pablo’s recount of the young man’s last hours on earth.

“On that Sunday, we were watching the Liverpool-Tottenham match. One of our friends was having his birthday. He called me. We came out and settled down at the joint and ordered our drinks, preparing for the Liverpool match that would kick off as soon as the Chelsea match ended. The kick-off was 4:30 pm. The tragedy happened before 4:35 pm.”

“As we watch the game, a friend of ours, whose name is Ismail, passed by and waved at us. He was escorting his girlfriend to the bus stop. A few minutes later, the girl burst into the hall, hysterical and incoherent. We rushed out in time to see Ismail being bundled into a commercial bus by three armed men. We at first didn’t make sense of the situation until one of the men came down from the bus and we saw the logo on his t-shirt, that they were anti-cultism policemen. “Are you the one that want to die for him?” he shouted. He went back in and the vehicle started but stopped and parked. The same man came down. He said “I will shoot you,” and in the twinkle of an eye, he shot into the air. His next shot was straight at us. He closed the door and the bus sped away, just as Kolade screamed, “it seems the bullet hit me in my private parts”.”

Kolade wouldn’t have died if they had been able to get him to the hospital on time, Pablo asserted.

“Look, that is a taxi park close by, just a few metres from where he was shot. We begged the drivers, including their vice chairman who was around, to assist us to convey him to the hospital, but they would not budge. By this time, he has slumped and was bleeding seriously. Yet they were not moved. We were helpless until a vehicle coming out from the estate offered to help us. Myself and a second person took him to the Lagos State University Teaching Hospital, LASUTH. On the way his body was still jerking in the car, that gave us hope. But on getting to the hospital, no one attended to us. As I was shouting, a woman came out, touched the body and went inside again. I was shocked that they did not respond, as you would expect during an emergency situation. We were abandoned. The other person with me went into the ward and all they did was to ask him long questions. Eventually, one medical personnel came out, just checked his pulse and declared him DOA.”

Pablo insisted: “Three shots were fired: one into the air, two directly at the crowd––it wasn’t a case of stray bullets.”

His life and his ambition

What kind of a person is he? It is a question that can only be answered by the woman who raised him. “He is quite ‘domesticated.’ He helped raise my children, bathed them, cared for them, I mean, I can’t remember the last time I did certain chores, and for example, my children are in boarding school, the last-born who is at home is very much attached to him. The boy wouldn’t let me look at his homework. If I ask, have you done your assignment, he would say’ “I am waiting for Uncle Kay, when Uncle Kay comes back he will help me out.” Toluwani Lukman explained.

According to her, the family is from Abeokuta, Ogun State.

“He is the last born of my mum. Our father is late,” she continued. “The person he calls daddy is my husband. Kolade had been staying with us since when he was a child, so he was like my first-born. I raised him and from this house, he got admission into UNIBEN, he graduated and went to South Africa where he lived for five years.”

She spoke of his ambition; “He really wanted to be a musician. He was working on a collaboration with Dagrin before his death, and that tragedy really affected him.”

She disclosed that the deceased has a young son by a South African mother. He also had a fiancée in Nigeria.

Was marriage on the table before his death?

“Kolade is someone who doesn’t rush things. About marriage, he believed it has to be planned. He believes a man ought to have a secure livelihood before dabbling into marriage,” was her explanation.

How old was he?

She shook her head in grief. “Just 36. Won o ję kogbe oun rere se”––they did not allow him to flourish.”

The profile was further broadened by Pablo:

“He is already into music. His ambition is to make it big in the music industry. A friend of his, who is a music video producer that lives in Omole Estate, was always inviting him whenever he had a video shoot. So, he was always calling to tell me, “Pablo, I am going away to a video shoot.” The friend loved to have him around to tap from his creativity as per music video.”

The portrait is simple. Easy-going and jovial according to Pablo’s description. “He is our regular customer. He usually come here. And he is a nice and decent fellow,” said the manager of the Kingstine-Jo joint.

He was not a cultist. Neither was he a Yahoo boy.

“Ours is a peaceful neighbourhood. We don’t have cultists here or cultism related issues,” Mrs Lukman insisted.

That raised the question: Why were the rogue policemen after Ismail?

Because of his dreadlocks, which in the book of anti-cultism cops, is a feature of a cultist. “But,” Pablo pointed out, “Ismail worked with video director and a music video production outfit”––in other words, his outlook goes with the territory.

The bereaved family is trying to cope with the tragedy.

“Up till now I still don’t want to believe he is dead. Now, I am wondering, how do I explain to my son what happened? He is nine years old and doesn’t yet understand what has happened. He has not been eating.” Of their mother, she gave an insight: “Our mum is upstairs, she has been complaining of a nagging headache, so we gave her drugs so she can sleep.

Intermittently, she asks: Where is Kolade?”

Kolade Johnson Killer, Police Inspector Olalekan Ogunyemi Dismissed, Remanded In Prison For Murder
My Life Is Finished, I Have Killed My Only Brother – Fratricide Suspect