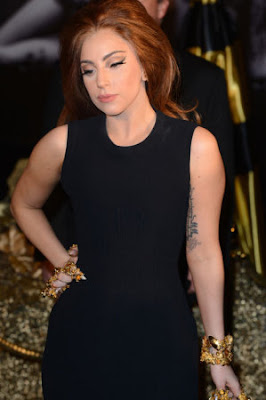 Live Nation Global Touring said in a news release that Lady Gaga has a tear in her right hip that will require surgery, followed by a recovery period.

Lady Gaga postponed four dates on Tuesday after experiencing difficulties on Monday during her concert in Montreal. The singer’s show is high energy with non-stop dancing. She explained to fans on Twitter that she’d hurt herself while performing some time ago.

She wrote: “I hid it from my staff, I didn’t want to disappoint my amazing fans. However after last nights performance I could not walk and still can’t”.

“I’m devastated and sad,” Gaga wrote. “It will hopefully heal as soon as possible, I hate this. I hate this so much. I love you and I’m sorry.

Gaga has not tweeted since.

A news release announcing postponements said the 26-year-old singer, whose real name is Stefani Germanotta, was suffering from synovitis, an inflammation of the joints. She underwent tests on Wednesday morning that showed she had a labral tear in her right hip. The labrum is a layer of muscle that helps holds the ball-shaped hip joint in place. The news release says the surgery will require strict downtime.

The tour, in support of her second album “Born This Way,” began last April in Asia and was one of 2012’s highest grossing.

Pollstar reported the tour made more than $161 million in 2012 with an average attendance of more than 31,000, making it the fifth-highest grossing tour.