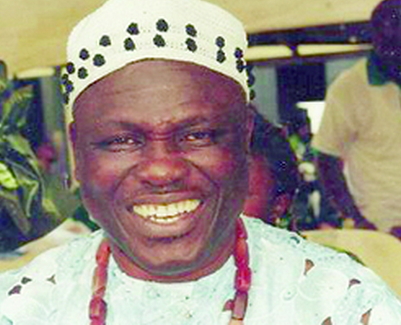 A lawyer and member of the 1995 Constitutional Conference Chief Anselem Eyo has sued President Muhammadu Buhari for not appointing ministers.

He is praying the court to hold that Buhari ought to appoint ministers on assumption on office as prescribed by the 1999 Constitution.

The plaintiff argued that it is illegal for Buhari to disburse funds from the Federation Account without the Federal Executive Council’s approval.

The President’s failure to appoint ministers till now, the lawyer said, is in direct violation of the Constitution.

Activist-lawyer Ebun-Olu Adegboruwa had also filed a suit at the Federal High Court in Lagos seeking to compel Buhari to appoint ministers.

Eyo is seeking an order of mandamus compelling the president “to carry out the responsibility imposed on him by Section 147 of the Constitution.”

He said the non-appointment of ministers since May 29 “has indeed impeded government functions in all the ministries particularly the Ministry of Justice where there is presently no Attorney-General of the Federation to discharge critical functions that cannot be howsoever delegated.”

In the suit filed at the Uyo division of the Federal High Court, the plaintiff said the absence of an AGF ”has created a conspicuous vacuum in the justice sector.”

According to him, the constitutional duties that are exercisable only by the AGF, including law enforcement and criminal justice administration, have been neglected.

The consequence, he said, is that the Administration of Criminal Justice Act which seeks to speed-up trials is not being enforced, with innocent citizens languishing in custody across the country.

He added that the president has “arbitrarily been disbursing funds from the Federation Account without the approval of the Federal Executive Council as stipulated by law.”

Besides, he said President Buhari has been disbursing the usual monthly allocation to the federating units and “embarked upon other engagements involving the expenditure of resources including international travelling such as the G7 Conference in Germany and his visits to other African countries whereby crucial decisions have been taken and money expended arbitrarily without the concurrence of the Federal Executive Council.”

Justice Ijeoma Ojukwu has granted the applicant leave to enable him apply for an order of mandamus compelling the respondent to execute the responsibility imposed on him by the Constitution.

Eyo was also granted leave to serve the president with all the processes in the suit.

The judge adjourned to October 12.

Continue Reading
You may also like...
Related Topics:Buhari, lawyer, sues