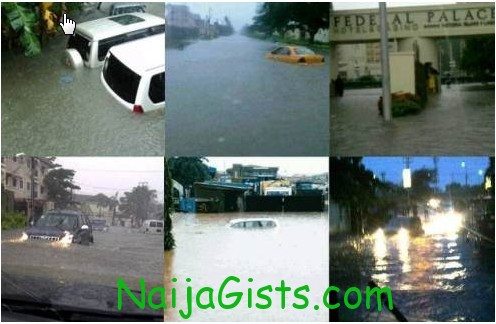 Photos from previous flood in Lagos

This sudden announcement came from Mr Tunji Bello who is the Commissioner for the environment in Lagos State. naijagists.com

At a press briefing yesterday, he said Lagosians should be prepare for 236 days of heavy rainfall in 2012.

Read below for what he said

We feel for people living close to the ocean.