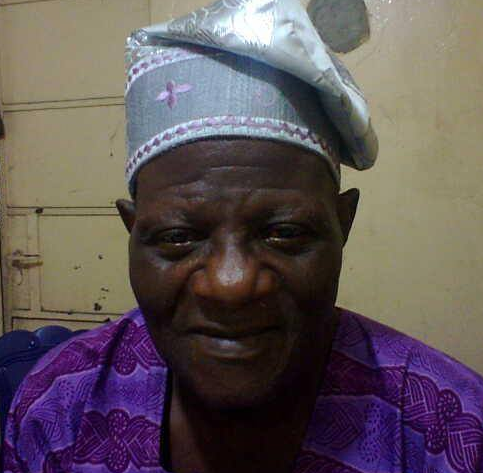 A member of House of Representatives representing Lagos Mainland Constituency, Hon. AbdulRaheem Olajide Jimoh has commiserated with the entire Yaba community on the death of Apostle General John Ojo.

In a statement released by his media office in Lagos described his death as shocked to the entire Lagos Mainland Constituency.

According to the lawmaker Apostle General J.O Ojo was an intelligent and courageous man who served his community diligently.
“He was a progressive community development leader in Yaba LCDA. He demonstrated great love for the people he represented through frank presentation of issues affecting the communities.

“He showed credible community leadership style through commitment, faithfulness and transparency. The good footprints he left will never be forgotten. Though death is an inevitable end for all mortals but its very hard to bear the loss, he said

He also decribed him as a good christian, man with strength of character who never shied away from speaking his mind

“During my time as Yaba LCDA chairman, We used to consult him over community development and political issues which his summit was of great advantage. It is very painful to lose him,’ Even now that I am federal lawmaker, he said.

“He was like a father to me from the time I have known him till date. Honestly his death has left a gap in Abule-Ijesha and Yaba community politics that will be hard to fill. Not even now that we are warming up for Local Council elections, he said

The lawmaker prayed that God Almighty granted the family, Abule-Ijesha, and the entire Lagos Mainland Constituency the fortitude to bear the lost.

“Apostle General Ojo was undoubtedly set the bar for community leaders and in political circles not only in Yaba LCDA but also in the whole Lagos State. May his soul rest in perfect peace, he said