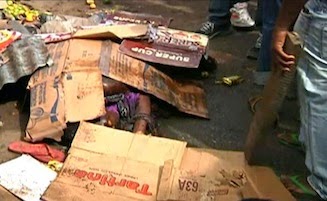 Another suicide bombing ripped through a crowded market in Maiduguri today.

Police told AFP that two ladies blew up themselves in the market this afternoon at 2 strategic locations killing 10.