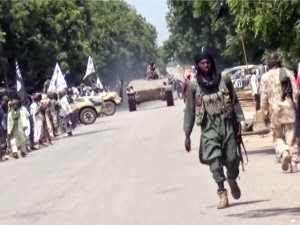 A teenager with explosives attached to her body was caught earlier today in Kano while attempting to cause another bloodshed.

The young girl who was said to be around 15 years old was arrested in Dinshe area of Kurna in Kano state while trying to set up an explosive at a primary school in the area.

She was beaten to stupor and handed over to security operatives in the area. #well deserved punishment.