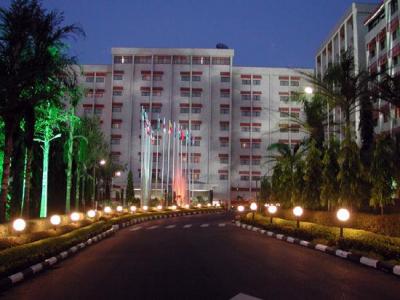 Top hotels in Abuja were, yesterday, deserted due to news of an alleged Boko Haram’s bomb threat. The move was in a bid to avert a possible threat disclosed by the United State Embassy, which claimed that Islamist sect, Boko Haram, might bomb three major hotels; the Transcorp Hilton, Sheraton and Nicon Luxury, during the Sallah celebrations.

Tours around the above named hotels, on Sunday, showed that they were virtually empty, and the usually tough security checks at one of them’s gates relaxed.

Security was beefed up at the Transcorp Hilton Hotel at about 7:30pm yesterday, when soldiers and riot policemen were added to the hotel’s

Efforts to speak to the manager of Transcorp Hilton Hotel were futile; however, a member of staff of the Nicon Luxury hotel, who spoke on condition of anonymity, said the hotel was taking security precautions to forestall any attack.