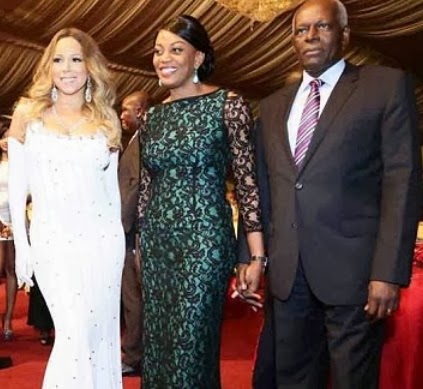 American star singer Mariah Carey who travelled to Nigeria for a big performance at Access Bank end of the year party is currently under fire by Human Right Groups in Angola.

As earlier reported, Mariah Carey departed Nigeria last Sunday morning around 6:10am to perform in Angola. 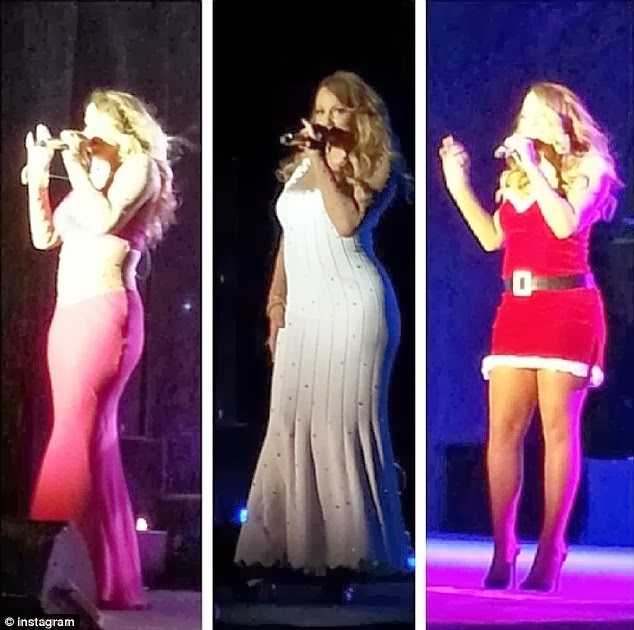 Sources from Angola said the mother of two was paid a whopping $1 million to perform for the authoritarian Angolan president.

This is not the first time Mariah Carey will get in trouble, few years back, she got paid $1 million to perform for late dictator Muammar al-Gaddafi, who was killed on the 20th of October 2011.

‘Mariah Carey can’t seem to get enough dictator cash. Just five years ago she performed for the family of Libyan dictator Muammar al-Gaddafi.

‘Now, she goes from private performances to public displays of support and credibility for one of Africa’s chief human rights violators and most corrupt tyrants.’ – Angola-based Human Right Group said.

Mariah Carey was quoted to have said: “I am happy to be here in this room and I am honored to share this show with the President of Angola.”

Who knows how much she was paid to perform in Nigeria.