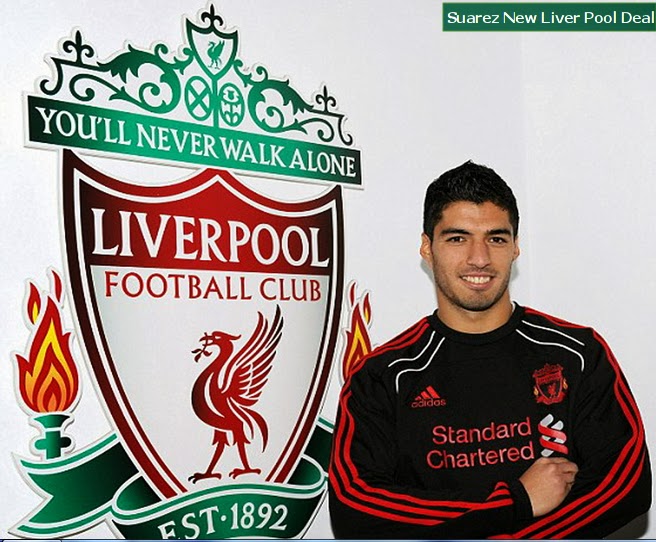 A star player and striker at Liverpool Football club, Luis Suarez has put an end to speculation that he will be leaving the club.

Suarez has renewed his commitment to the popular FC by signing a long-term contract few hours ago.

According to Liverpool, Suarez signed a new deal on Friday.

Here is what the talented striker told the club officials yesterday:

“I am delighted to have agreed a new deal with Liverpool and have my future secured for the long-term.

“We have some great players and the team is growing and improving all the time. I believe I can achieve the ambitions of winning trophies and playing at the very highest level with Liverpool. My aim is to help get us there as quickly as possible.

“Without doubt the backing I have received from the Liverpool fans has influenced my decision. I am so proud to represent them and go out to do my best for them every time I pull on the shirt.

“We have a special relationship; they have love for me and in return I love them back. I will always do my best for them and hopefully we can achieve success together.”

It’s a win-win situation. Congrats to him.