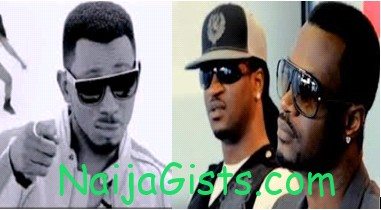 Talented Naija hip hop artiste, May D who was sacked from Square Records (P-Square owned label record) without proper notice is preparing to take legal actions against the duo for breach of contract. naijagists.com

In what people referred to as un-professionalism of the highest order, Jude Okoye, P-Square’ elder brother announced the termination of May D from Square records few weeks ago.

To his surprise, May D claims he saw the post on newspapers and blog like everyone else. Sources close to him said he wasn’t officially informed by the label.

According to PUNCH report, “the singer is already talking to his lawyers. As soon as that is done, an official statement would be made available to the media depending on the advice of his legal team.”