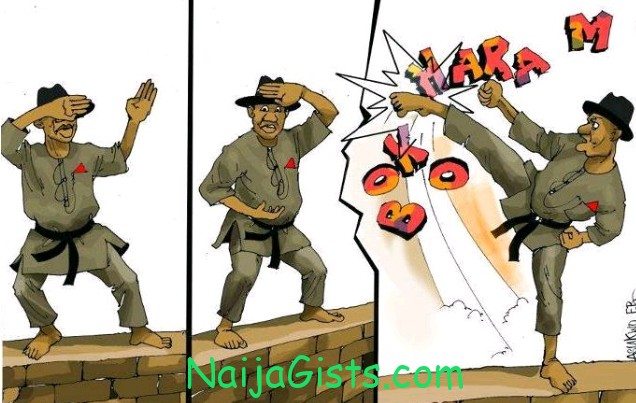 At least 7 suspected Boko Haram members were killed on Friday in an intense gun fight with Nigerian soldiers in Maiduguri. naijagists.com

“A group of gunmen suspected to be Boko Haram terrorists opened fire on a military checkpoint where soldiers were conducting a cordon-and-search operation,” Lieutenant Colonel Sagir Musa said of the incident.

“The soldiers responded with gunfire, leading to a shootout. Seven gunmen were killed in the fire exchange and 13 others were arrested while the rest fled. No casualty was recorded on the part of the soldiers.”

In a new wave of attack, Boko Haram has destroyed over 12 telecommunication masts for various service providers in northern Nigeria.