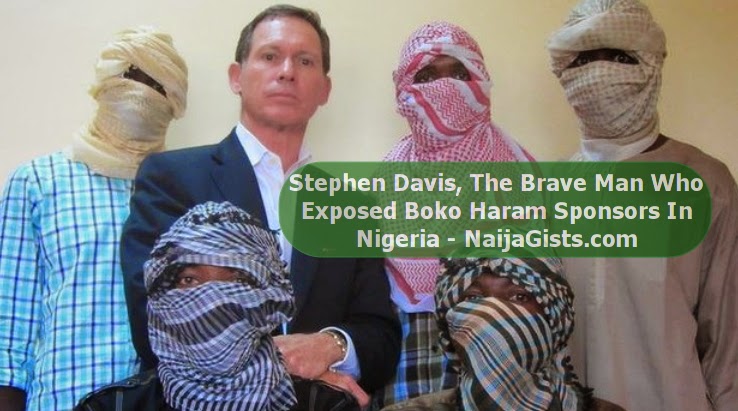 The 63-year-old counter terrorism expert was born in Perth. He has a doctorate in Political geography. He worked as a mining consultant at Shell and Global Resources Company, WMC.

His peace negotiation career started back in 2004 with Niger Delta militants. He was the guy who connected Asari Dokubo with President Goodluck Jonathan and helped pull down the violence of MEND back in 2004. 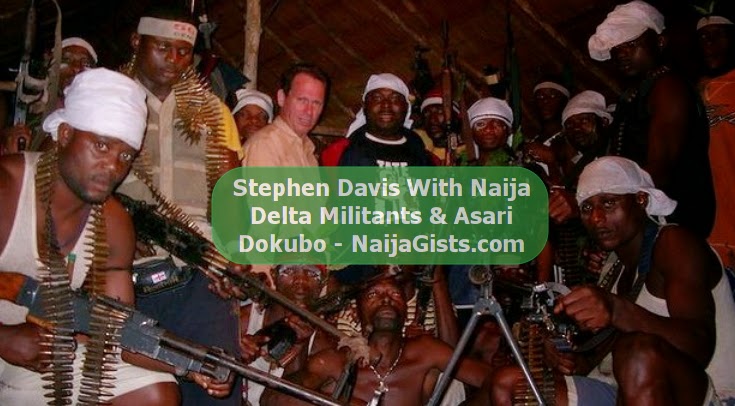 Since then he has developed a direct negotiation link with Boko Haram but his effort hasn’t been successful because of the involvement of top political sponsors of Boko Haram in Nigeria.

A devout Christian, he moved to Britain to work as a canon in the Ministry of Reconciliation at Coventry Cathedral, alongside future Archbishop of Canterbury John Welby.

But when Dr Davis heard of the schoolgirl kidnapping in the village of Chibok, he decided to act.

He began remote negotiations with elements of Boko Haram. In Nigeria, he then travelled with a former Boko Haram guide in a beat-up car across the country’s north, setting up a hand-over of girls that would contribute to a peace deal with the government.

But each of the three attempted transfers were thwarted by powerful political forces looking to undermine the ruling party, Dr Davis said in a telephone interview.

“They were sabotaged each one of them in the end but we had commanders willing to do it.”

The only success in his mission came after he received a phone call from a man who had been kidnapped by Boko Haram. They began orchestrating an escape for a small number of girls, with four eventually managing to cross from a camp on the Cameroon side of the border to a safe place in Nigeria.

“They’re pretty heroic these young girls, pretty amazing,” he said. “What they went through is staggering.”

He accused members of Nigeria’s political opposition of sponsoring the more extreme elements of the group in order to weaken the ruling party.

“Some of the guys are uncontrolled in that they are just beheading people before they even know who the person is,” he said.

“Or they go into a village and they’ll disembowel a pregnant woman and take the live foetus for a ritual.”

Dr Davis said the situation in Nigeria was deteriorating faster than at anyone could ever imagined. He has since left the country.

Last month, counter terrorism officials in Australia invited him and his wife for an interview.

The officials wanted to know what he had been doing in Nigeria since.

He also said the sect is paid legally through the Central Bank Of Nigeria.