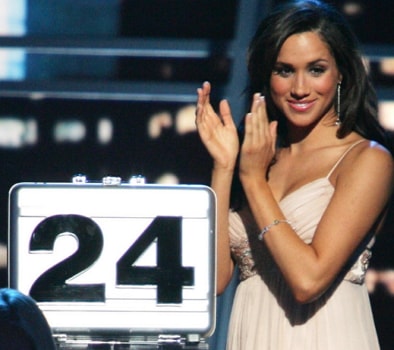 The British Royal family has whipped up a biography page for the Duchess of Sussex, Meghan Markle who casually went from a TV start to literal member of the royal family.

People were quick to notice that an important information has been removed from her biography page.

Although the Royal website has updated Meghan’s acting career because it is nothing to be ashamed of, there is still no mention of her modelling days on TV game show, Deal or No Deal.

Here is what the Royal website added to her bio few days ago:

“After university Her Royal Highness worked as an actress, appearing in film and television. She most notably played the role of Rachel Zane on the series Suits for seven seasons, completing over 100 episodes. Whilst working on Suits, The Duchess moved to Toronto, Canada where the show was filmed; she feels very connected to Canada, as it became a second home to her.”

Continue Reading
You may also like...
Related Topics:deal or no deal, meghan markle