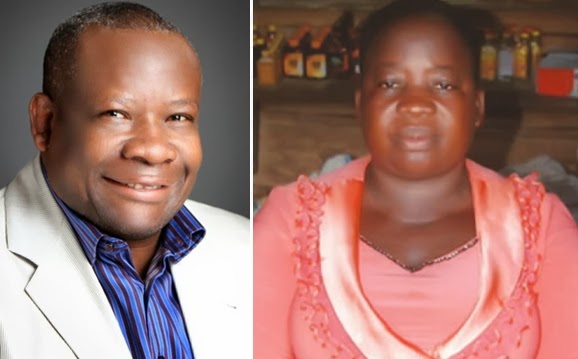 Less than a week after the abduction of the younger sister of President Jonathan’s aide, Mr Oronto Douglas, the kidnappers have contacted the family with a demand for N500 million ransom to secure her release.

Mrs. Augusta Douglas-Ayam is still in her kidnappers’ den as her family struggles to secure her release.

The Movement for the Emancipation of the Niger Delta (MEND) says her kidnappers want to use the kidnap to make a political statement in addition to seeking a ransom of 500 million naira.

In a statement today, MEND said the gang, with which it made ‘accidental contact,’ expressed their disgust of the ostentation they witnessed during the burial of Oronto’s father in December last year, which included the abuse of military helicopters which were used as a social shuttle service to ferry guests when such could have been put to better use.

It would be recalled that Governor Patrick Yakowa of Kaduna State and former National Security Adviser Andrew Owoye Azazi died when one of those helicopters crashed in Bayelsa State during the lavish ceremony.

MEND noted that this announcement is as far as it will go in the matter.

“As we do not wish to be dragged into playing the role of an intermediary with kidnapers, we have declined their request to get involved based on principles.

“We however appealed to them to release the victim who was last seen looking well but harassed unharmed at the earliest.”