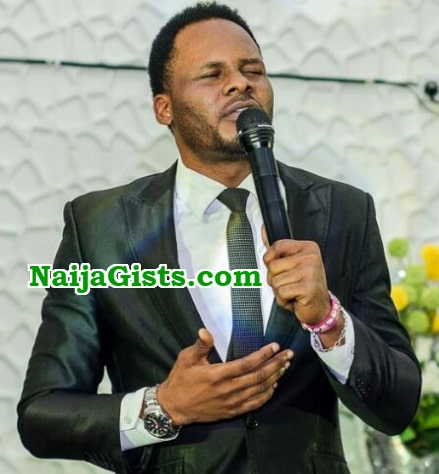 Here are new findings about the controversy surrounding the untimely death of  former worship leader at a branch of the Redeemed Christian Church of God in Abuja, Michael Arowosaiye.

According to sources close to him, Kwara-born Arowosaiye who was supposed to marry an Edo born lady, Fortune Temile last month got his wedding cancelled as he was placed on 2 months suspension for allegedly sleeping with a choir member.

The member of the Shepherd House Church in Apo Abuja was a music director at the youth church.

Sadly, he fell from grace after he allowed lust to overtake him and had a series of sexapades with a girl in the junior choir.

He reportedly took his own life out of frustration after the girl leaked his nude photos.

Here is his wedding invitation card. 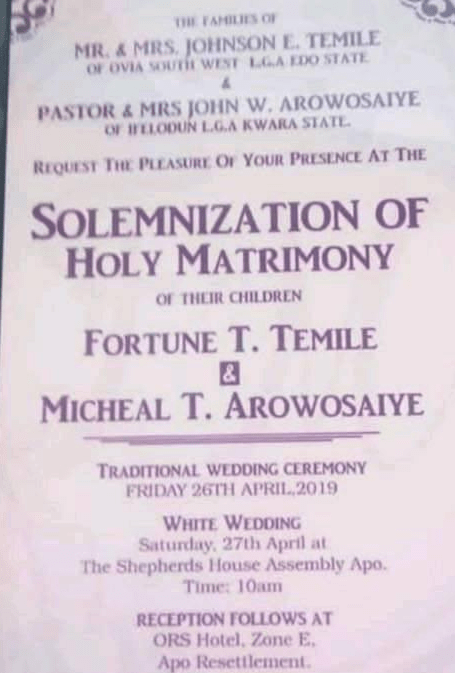 He reportedly left the Redeemed Church years ago when he got an offer as a music director at the Shepherd House church Apo Abuja.

Meanwhile, many people are now accusing his killers of using suicide to cover the murder.

Here are some comments on his death.

All the same, may his soul rest in peace.