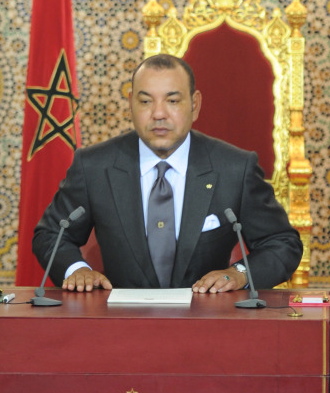 The patchy diplomatic relations between Nigeria and Morocco may worsen after King Mohammed VI of the North African country turned down a request from President Goodluck Jonathan for a telephone conversation.

It was learnt that the Moroccan monarch deemed such a telephone conversation a few weeks to the Nigerian presidential election as inappropriate.

Morocco is an Islamic nation and the authorities there thought that President Jonathan wanted to use the phone call to gain an undue advantage over his challengers in the race.

Online publication, Premium Times, quoted the Moroccan Foreign Affairs ministry as saying in a statement on Friday that: “The request by Nigerian authorities for a phone conversation between HM King Mohammed VI and Nigerian president was refused by the Monarch who deemed it inappropriate on grounds of the upcoming elections in Nigeria.”

The Moroccan authorities added that another request by Nigeria to send an envoy to Rabat was equally rejected because the monarch viewed the overture as an attempt by President Jonathan to manipulate his country to secure Muslim votes in the forthcoming election. The ministry said Mohammed VI refused to speak to the president partly because of “Nigeria’s positions regarding the sacred national, Arab and Islamic causes.”

Jonathan’s main challenger, General Muhammadu Buhari, is a Muslim and the Presidency felt that the support of Morocco might sway a few more votes for Jonathan from Nigerian Muslims. Nigeria and Morocco have not been the best of friends over the years on account of Abuja’s support for independence for Western Sahara which Rabat continues to lay claim to as its territory.

President Jonathan has been unusually aggressive in his re-election bid, criss-crossing the country to woo people he considers critical to his ambition. Yesterday, he visited Ile-Ife to seek the prayers of Yoruba Obas. A few of them obliged him at the palace of the Ooni of Ife.