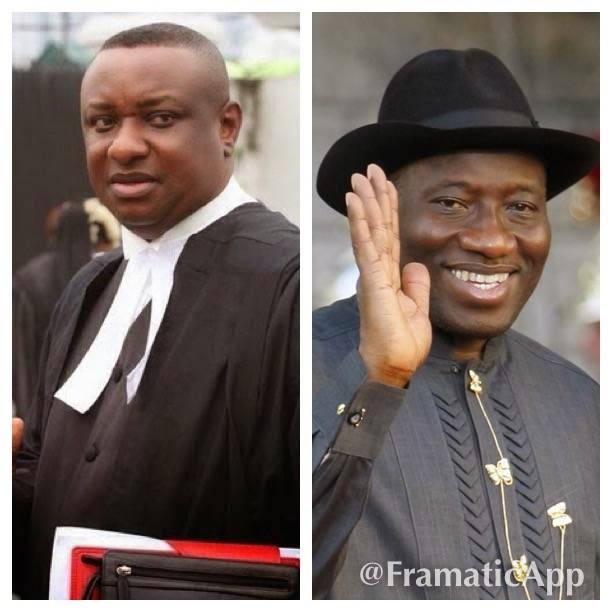 Festus Kayomo, a Lagos-based human rights lawyer spoke in Ado-Ekiti, the Ekiti State capital, on Saturday at a youth summit organised by the state chapter of the All Progressives Congress (APC) Action Group.

Keyamo said the youths have key roles to play in ending what he called the 16 years of misrule by the Peoples Democratic Party (PDP), warning that a revolution is imminent in the country if the Independent National Electoral Commission (INEC) Chairman, Prof. Attahiru Jega, is removed from office before the end of his tenure.

He deplored a situation in which the Armed Forces of Chad, which is less endowed than the Nigerian Army, is stealing the show in the fight against Boko Haram.

Accusing the service chiefs of feeding fat on the fight against insurgency, Keyamo regretted that Boko Haram, which he described as a ragtag group, has grown in leaps and bounds with Jonathan failing to use his position as the Commander-in-Chief to crush the terrorists.

Keyamo said, “I have an inside knowledge that service chiefs are feeding fat off the situation (Boko Haram) without the knowledge of the president or with his knowledge but he is bereft of what to do.

“How did we get to this point? Under whose leadership has the military been so decimated? It is under the leadership of President Jonathan. Before Jonathan, there had been insurgency, but no part of the country was lost. It was Buhari who crushed the Maitatsine sect. If we give this president another four years, Nigeria will be worse for it.

“This is the time to speak out; we must not be so comfortable in the South and forget what is happening in the north. The economy of the north has been destroyed under the leadership of this incompetent and clueless president. This government announced a ceasefire deal but Boko Haram responded by carrying more deadly attacks.

“The same federal government that has announced the killing of Abubakar Shekau (Boko Haram leader) several times is now saying he must be caught alive. Who did they kill before? It is time to give other people chance to see if they could do things differently.”