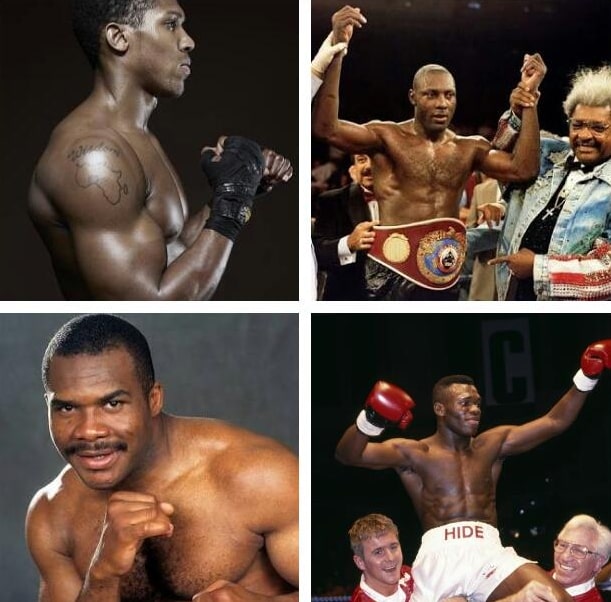 6 Most Successful Nigerian Boxers of all Time

An enterprising Nigerian boxer, Efe Ajagba, made many proud when he made the undercard for the greatly anticipated Tyson Fury vs. Deontay Wilder III match.

Punters went in droves to sites like Telecomasia, a primary source of information on betting tips, to stake on the Efe Ajagba vs Frank Sanchez. Although the match ended in a defeat for Efe, Nigerians couldn’t be prouder of him.

While he is one of the highest flyers on the global stage with a Nigerian nationality, other professional Nigerian boxers have made the country (and the continent at large) proud.

Let us explore some of the most successful Nigerians to ever step into the ring.

There’s no other Nigerian boxer more deserving of the top spot if not Dick Tiger himself. He migrated to the UK and the US to aid his boxing career, which proved successful.

However, he changed management and went on to take the boxing world by storm. He was the undisputed middleweight and light-heavyweight world champion during his boxing days.

Richard is unarguably one of the best boxers of the 1960s. The Ring Magazine and the Boxing Writers Association of America named him Fighter of the Year four times during this period.

He was a member of the International Boxing Hall of Fame and was named one of the best boxers of the 19th century by The Ring magazine. Dick Tiger died in Aba, Nigeria, from complications relating to cancer.

Modern Nigerian sports fans will never forget Anthony Joshua’s heroics in boxing. His defeat of Vladimir Klitschko in front of 90,000 fans at Wembley Stadium will forever be on the mind of his fans around the globe.

The Ring magazine and the Boxing Writers Association of America tagged it “Fight of the Year.”

Anthony Joshua has been a Unified World Heavyweight champion twice in his career between 2019 and 2021.

He’s been named fighter of the year by the Ring Magazine and the Boxing Writers Association of America.

Hogan was born and bred in Cross River, Calabar. He fought all of his amateur and professional fights in Nigeria before moving to the UK in 1951.

Hogan was a powerful puncher who destroyed his opponents with his quick combinations. He fought 85 times over the course of 12 years, won 68 times, and lost 13.

Hogan was a pacesetter in the Nigerian boxing career. In 1957, he became the first man to win a world title when he won the world featherweight title, defeating Cherif Hamia.

He has an MBE from the British government and the Order of the Niger. He breathed his last in 1998 in Lagos, Nigeria.

Ike Ibeabuchi could’ve been one of boxing’s best if not for his personal life issues. He had a relatively short professional career spanning just five years.

In those five years, he fought 20 times and won all, 15 by knockouts.

However, in 1999, he was arrested and imprisoned for sexual charges. He spent 16 years in prison and attempted to make a return to professional boxing, all to no avail.

Ike was rearrested shortly after his release from prison to compound his woes.

Nonetheless, his undefeated record and the fact that he held one WBC Heavyweight title contributed to the reasons he’s one of Nigeria’s greatest-ever boxers.

His WBC heavyweight title bout against David Tua was his most significant because David was equally undefeated at that period and was dubbed the next Mike Tyson. However, he won the fight by unanimous decision.

Herbert Okechukwu Maduagwu is an indigene of Imo State Nigeria. He moved to England when he was still young and shaped his boxing career in the UK.

Herbert fought in the heavyweight division for most of his career but was downgraded to cruiserweight in its later stages.

He had his brief amateur career in Britain and was hugely successful, having a record of 10-2. Herbert also won the heavyweight division of the ABA championships in 1989, losing to Henry Akinwande.

In a career spanning two years from 1989-2010, he boasts of a formidable 49-4 record and held the WBO heavyweight championship twice. Herbert was a power puncher with a killer instinct, and he won 43 of his 49 fights by knockout.

His most memorable fight was when he fought Michael Bentt for his first WBO heavyweight in 1994. The pre-match meeting resulted in a fistfight between both boxers. In the actual bout, Henry knocked out Michael Bentt in the seven rounds, and Michael never fought again.

Samuel Peters sits comfortably as one of the greatest Nigeria boxers of all time, thanks to his boxing exploits. Born in Akwa Ibom, the Nigerian Nightmare was torn in the flesh of his opposition.

He possesses a thunderous punch, which results in him knocking out most of his opponents. Samuel Peters’s boxing record stands at 38-9, with 31 of his wins coming by a knockout.

Initially interested in playing football, Samuel first tried boxing when some boxers came to train at his school. He impressed in a fight with one of the present amateurs, and that kickstarted a legendary boxing career.

The Ring ranked Peter as one of the greatest heavyweights in 2005-2008. He won the WBC heavyweight championship in 2008 when he knocked out Oleg Maskev in the sixth round.

That was his only major world heavyweight, although he did win other championships like the WBC-NBF heavyweight title.

Which other legendary Nigerian boxer do you think should have made our list?

Has Iwobi Found His Form At Everton?