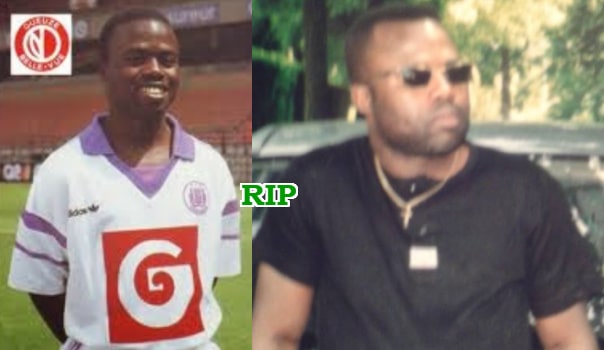 The footballer who relocated to Belgium after his retirement reportedly died  yesterday while doing a medical checkup.

According to family friends, he was feeling sick at work when he requested time off to cater to his health.

He reportedly died in a hospital located in Brussels during a medical examination.

Back in the early days of his career, he played for the Youth Teams of Nigeria but never made it to the top.