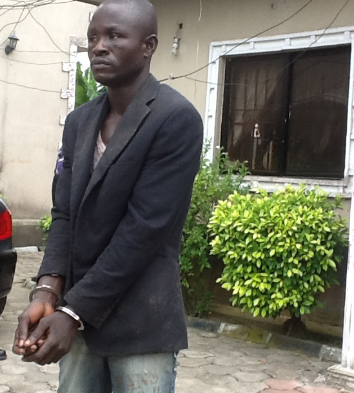 Feb 28, 2017 – Mother Weeps Bitterly As Judge Sentences Her Son To Death In Bayelsa For Robbery

Yesterday was a sad day for three accused person standing trial before the Bayelsa State High Court 2, presided over by Justice Margret Akpomiemien.

The trial judge sentenced one of the accused standing trial for murder to death by hanging, while discharging and acquitting two others facing armed robbery charge.

Okilo and Freedom Allen were charged to court for murder of Akpane, a crime contrary to Section 247(1) of the Criminal Code Law, Cap C14 Laws of Bayelsa State 2006. Allen escaped from prison while the trial was on.

Justice Akpomiemien, in delivering judgment, declared that the prosecution had, by the facts and argument presented, established that all the three ingredients for a murder case were proved beyond reasonable doubt and, therefore, pronounced Okilo guilty.

“I have considered the fact that the convict is first time offender and the plea for mercy on his behalf by his counsel. But the fact of the matter is that the court does not have discretional powers in the case. I, therefore, sentenced you to death by hanging. May the Lord have mercy on your soul,” the judge ruled.

Following the death sentence, the mother of the accused person, Mrs. Okilo, who was in court, broke down in tears, while trying to touch her son, as prison wardens were taking him away.

On the case against Sele Ogori (25) and Prince Obi (24), who were arrested on May 10, 2015 over a robbery incident and subsequently charged to court, Justice Akpomiemien said the prosecution, led by Special prosecutor, Andrew Seweniowor Arthur, failed to prove beyond reasonable doubt its case against the two accused persons. She, therefore, discharged and acquitted them.

Arthur, in his remarks, commended the judiciary for standing firm to rid Bayelsa State of violent crimes.

“I am completely satisfied with the judgment of the court. The court came to the right decision that the accused person murdered Chief Simeon Akpane. To the accused person, this judgment is a definite deterrent, while to youths who have chosen to pursue a life of crime, I hope this serves as deterrent too.”

Continue Reading
You may also like...
Related Topics:bayelsa, death, sentence