August 16, 2014 – Nano Silver Ebola Treatment Drug Exposed: How Nigerian Govt Ordered It Online Through A Nigerian Doctor That Recommended It

Sorry for my no-show in the last 24 hours guys, I have been doing a series of research over the phone and online about this Ebola treatment drug, Nano Silver that came into Nigeria on Thursday.

Here is the outcome of my research.

I know the Nigerian Government will not like this but let truth be told.

Nanosilver is not a real drug, it is a form of a nutritional supplement that naturally helps the body to get rid of harmful viruses. 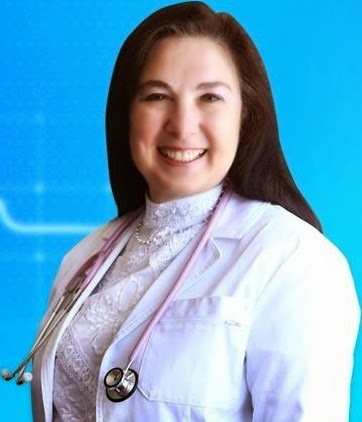 It was produced by an organization called Natural Solution Foundation.

Somehow, an unidentified Nigerian doctor got to know about it and offered it to the Nigerian government.

The Nigerian doctor in question is the unnamed scientist that Nigeria’s Health Minister was talking about in the news conference earlier this week.

That being said, the man liaised with Natural Solution Foundation and offered to buy a patent to make it a drug in Nigeria.

So he ordered it and shipped it in bulk to Nigeria. Though the effectiveness of the supplement has not been tested but it looks promising.

The US FDA didn’t approve Nano Silver as a drug because the maker said its a nutritional supplement and not a drug.

Here is what the founder of Natural Solution Foundation, Dr Rima (the lady pictured above) said about the Nano Silver that was shipped to Nigeria. 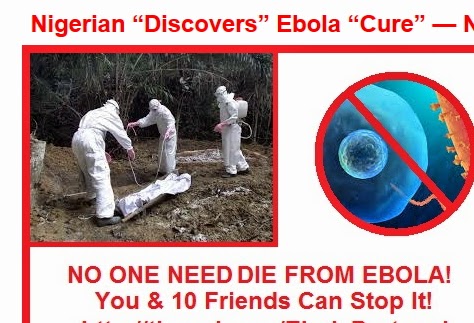 The Nigerian doctor “discovered” it after our materials were personally delivered by an emissary of ours both to the President of Nigeria and to the Minister of Health.

Be that as it may, it means that the Ebola epidemic may be all but over And it also means that –

1 We were correct, despite the horse whipping we have taken over this on the internet

3 We, the little people, have once again proven that we are able to impact world events

This depopulation effort (read https://naijagists.com/ebola-disease-facts-america-created-genetically-modified-virus-bio-weapon-to-reduce-africas-population-by-abisola) failed because of us, my friends, despite the best efforts of WHO, the US Government, The Bill and Melinda Gates Foundation and all their wicked friends (which may very well, according to information we have, sadly, include Doctors Without Borders as well)

We, you and I, just stopped a world pandemic

Because you will have Nano Silver 10 PPM on your shelf and because you know how to use it for prevention and upon exposure to just about anything, you and your family will have the best protection in the world against infectious weapons and diseases as commonplace as the common cold

And NO!!!!! it is not Colloidal Silver  And NO!!!!! you cannot make it at home Sorry about that

Sadly, I must raise some very troubling questions about the Nano Silver that is apparently being introduced into Nigeria

There is, in fact, only one Nano Silver that has, to my knowledge, been tested against the Ebola virus successfully

I would have expected the physician to contact me, a fellow physician setting out ground-breaking information

Nano silver is not a drug  It is not a vaccine

Let me be frank: the announcement today that nano silver will be brought to Nigeria by a doctor who “discovered” Nano Silver and intends to patent it

As I said, this doctor has not contacted me about this use (which is OK – perhaps he knows more than I do about its use) and, much more concerning, has not secured his Nano Silver from the ONLY manufacturer who has made a nano solution which has been shown in rigorous studies to inactivate the Ebola virus These studies were done by the US Department of Defense and are, to my knowledge, the only such studies that have ever been done that are available to the public

It is essential that journalists, doctors and scientists ask the hard questions:

“Nano” refers to size, not stability, state, biological activity, etc so just calling it Nano Silver means little  Nano silver particles range from 1 nm to 100 nm of whatever they are

Why do I have these grave concerns and urgently ask others to peer closely over the shoulders of those who use this nutrient?

If this is the case, as it may well be, then the forces that brought this disaster forward will be very, very happy to have a clinical flop of the most public natureHave they arranged it to happen that way?  I do not know, but it may be
Or not

But the consequences of it being so are beyond dire

Used properly, the right Nano Silver at the right dilution WILL work

Frankly, if this trial “proves” that Nano Silver “does not work” then the depopulationists will have gained significant ground and we will have lost a significant tool with nothing safe and natural to replace it

I appreciate your thoughts on this issue

It is being said that this Nigerian doctor invented Nano Silver and that he says it is a drug It is not a drug It is a nutrient.

Did someone contact the wrong doctor and order the wrong Nano Silver? It would appear that way

So how, then, could you order it this doctor since, as a drug it would be illegal as an unapproved substance and as a nutrient it would not be referred to a drug by someone who knew the distinction

I pray that this is not going to be mishandled so that the genocidialists can then say, See? We told you there is nothing that inactivates Ebola!

Yours in health and freedom,

PS: Nano Silver 10PPM is NOT the same as colloidal or ionic silver. The research showing the effectiveness of Nano Silver against Ebola cannot be generalized to other forms of silver. In addition, higher concentrations were LESS effective than 10 PPM. REL

Read more about the product at https://www.drrimaknows.com.

Psychology 101: Whatever sounds too good to be true must be doubted at first and handled with care.

We can’t believe the effectiveness of this Nano Silver supplement until it is first administered.

So let’s wait and see how the Ebola Virus patients in Yaba are doing before making a reasonable conclusion.