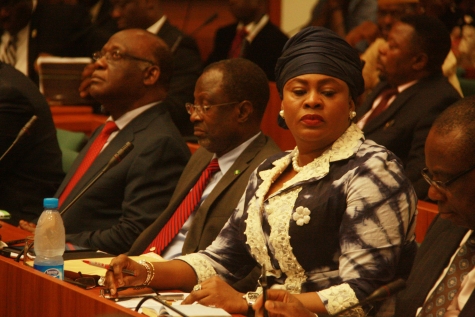 The hearing was adjourned from Wednesday, to allow the aviation minister to attend. The minister was expected at the Wednesday hearing but was absent because she was away in Israel for a bilateral air service agreement signing.

Her absence at the hearing on Wednesday angered many lawmakers who said it would be her last opportunity to be heard.

Read the transcript of the hearing below:

11:40: The minister has finally arrived at the venue of the hearing, 100 minutes after the hearing was scheduled to kick off. The lawmakers now setting up to start the hearing

11:56: Stella Oduah, the aviation minister has just taken her seat before the committee. The hearing begins.

12:00: Hearing committee chairperson, Nkiruka Onyejeocha, gives her opening speech, explaining the delay in starting the hearing and that the committee would be just and fair.

Delay was because venue used for hearing on Wednesday had been taken over for a another hearing on Land racketeering.

12:06: Onyejeocha quips on the tense mood here. “We are not mourning, there is no aeroplane crash; I want to see everyone smiling,” she says. “Feel free and relax.”

The minister is about to be called upon to testify. She takes oath to say “nothing but the truth, the whole truth.”

12:10: Ms. Oduah starts by apologizing for inability to attend previous hearings. She said said her absence was not out of disrespect and thanks the committee for rescheduling her appearance.

12:17: Ms. Oduah says opportunity to appear will allow her give her side of the story. “For the past week, I have been bashed in the media, many have also risen to my defence.”

She said her spokesperson’s admission of the alleged purchase, while right on concerns for her safety, was “inaccurate”.

She goes ahead to say online publications that she compelled NCAA to purchase cars for her were “false and malicious” allegations. “False in its entirety!”

Says online allegations not substantiated but based on “erroneous” comment of her aide.

12:19:  “It is not true, cannot be true that NCAA bought bullet proof vehicles for honourable minister of aviation. My understanding is that what NCAA has done is to plan for its vehicle needs for the next three years under the Medium Term Expenditure Framework,” — Stella Oduah

12:34: Oduah: NCAA has real needs for new operational vehicles. Insists armoured cars not meant for her but foreign dignitaries.

“NCAA acted within the ambit of law”.

“Nothing in the stated documents mentioned my name. I did not request for any vehicles. All I did was to approve the purchase, subject to the agency doing the needful(following the law). NCAA followed due process as required by law.”

The “First Bank facility to NCAA to the tune of N643 million mere understanding not an obligation” she daid.

“Nigeria’s airspace is now rate among the safest in the world”. She adds that allegation about car purchase is meant to discredit her team and give the impression her effort at reforms is not succeeding.

NCAA has not spent any money not appropriated by the National Assembly. The agency has even saved the nation a cost and further embarrassment that may occur in future.

12:51: The minister’s initial presentation is over. She is now receiving questions from the lawmakers.

13:08: Minister insists NCAA did not exceed its limit or violate the law.

She is reminded by by Jerry Manwe (Taraba state) that the National Assembly rejected armoured cars in the budget which she is defending, the minister buckles: “NCAA will answer that,” she says.

Minister is pressed by Zakari Mohammed(Kwara state) why she exceeded her approval limit, she said her comment on the letter to NCAA was not final but advisory to NCAA to follow the law.

On the said letter, the minister wrote “Approved. Do the needful”.

Brief game on semantics here. Minister says “Do the needful” could mean anything”. But the lawmakers are not having that. NCAA is called to explain the “needful” it did. And the NCAA director general shirks to the former acting DG who was in charge then.

13:25: Blame briefly leaves the minister to officials of NCAA over “do the needful” directive. For a moment, lawmakers appear to agree with the minister the all-encompassing comment exonerates her. The former acting DG of NCAA is tackled for even initiating a memo to Odua for a purchase out of budget, and beyond approved limit.

13:47: Jerry Manwe (Member) to minister: If the armoured cars were not for you as you claimed, who is using them now?

Former acting DG answers for minister: Any one can use any car in the pool

Manwe: Do you mean a cleaner can use those kind of cars?

Former DG: Anybody can use; but those kind of cars are for VIP movement, including foreign dignitaries, including the minister, and even you honourable member!

Manwe; Thank you. But the law of the country does not allow me to use those cars.

14:14: Attention has left the minister for more than half an hour. Lawmakers again tackle Coscharis over the disparity in chassis numbers of the cars.

A frustrated Chief Executive of Coscharis, Cosmas Maduka,makes it clear his company has nothing to hide as the committee would think. “We are not doing monkey business here,” he asserted. Mr Maduka was asked to withdraw the comment and he promptly complied.

14:22: Reps wrapping the hearing. Chairperson Onyejeocha said despite the testimonies from those invited since last week, the committee has received sufficient documents that will inform its report. “We have given everyone fair hearing,” she said.

“We assure everyone and all Nigerians we will do justice”.

Hearing Ends. Thanks for following our updates. Do stick around our site for the rest of the day as we will put the proceeding in their correct perspective for you. 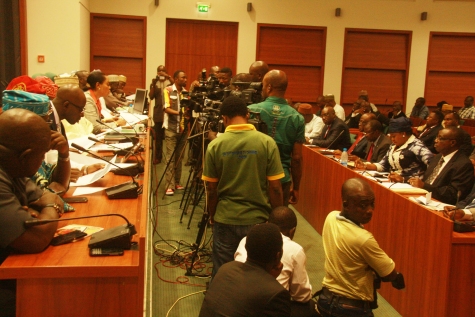 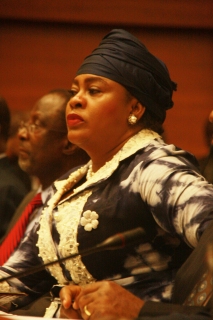 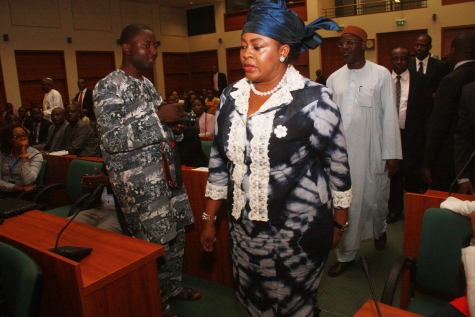 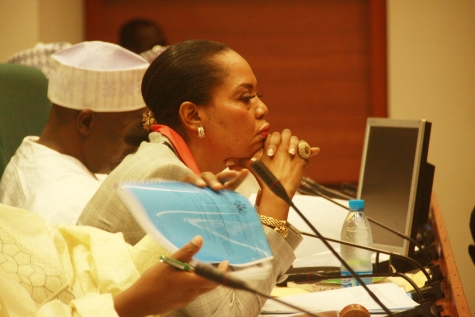 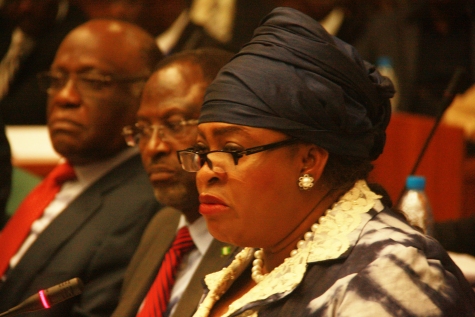 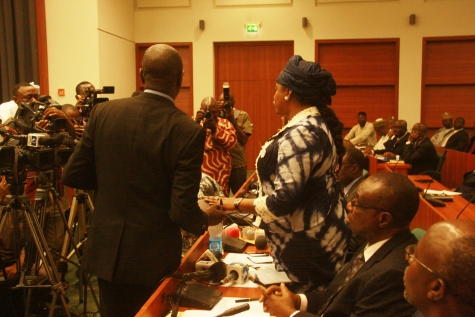 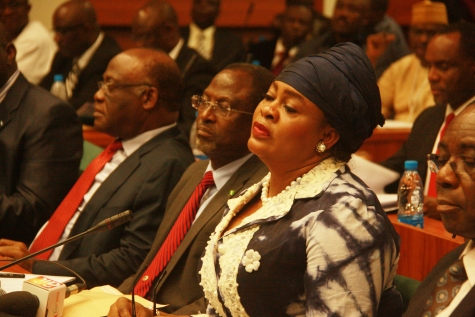