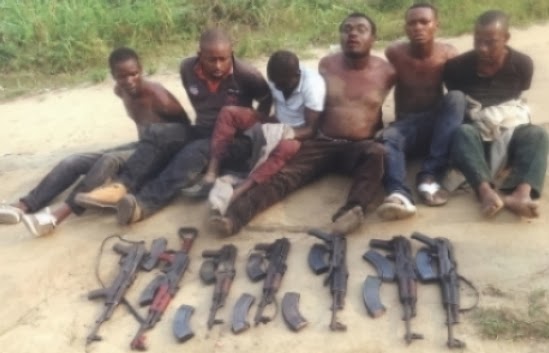 Our mama in the affair of the nation, Aunty Dame Patience Jonathan has flexed her muscle to ensure the release of six political thugs arrested by JTF in Rivers State while embarking on a murder mission on the 3rd of January, 2014.

Reliable sources from Rivers State said, Ex-Rivers State Commissioner of Police who was redeployed yesterday ordered the release of the thugs, who are political allies of Senator George Sekibo (Rivers East Senatorial District) and Assemblyman Evans Bipi, on Wednesday. Bipi is the legislator who was recently stopped by a court from parading himself as the Speaker of the Assembly.

They included Daniel Ibito-Anga, who parades himself and is known in Ogu Bolo as Security Adviser/PA to Senator George Sekibo and Evans Bipi. The others were listed as Sunday Elisha, Uche Jenikachi, Ibinabo Lawson, and Okechukwu Okoro.

In addition to the rifles, the men had, among others, 146 rounds of 7.62mm Special live ammunition and 10 magazines.

They were stopped on the basis of their suspicious movement as they headed for Ogu Bolo Local Government Area in an off white Land Rover jeep with registration number JJ441BZ.

SaharaReporters had authoritatively revealed on January 6 that Mrs. Jonathan ordered Mr. Mbu to release the suspects and to return to them the arms and ammunition that were found in their possession. Mbu could not comply with the order as it became public knowledge.

Despite holding them, the partisan police commissioner did not charge the men to court. Other security agencies involved in the case revealed that Mbu kept telling them that investigations were still going on, only to find out that the dangerous criminals had been released on Wednesday.

Sekibo and Bipi are known to be very close allies of Mrs. Jonathan.

The latest development could have severe implications not only for peace and security in Rivers State, but for Nigerian politics, and within the police, especially with Mr. Mbu taking a new job at Police Headquarters in Abuja.

Nigerians have often protested the liberties that the First Lady takes with the exercise of political power that she lacks under the constitution, a subject that President Jonathan studiously shies away from.

Asked for the reaction of the Inspector General of Police, Mr. MD Abubakar to Mr. Mbu’s release of the thugs in flagrant violation of the law, police spokesman Frank Mba said he needed to check with the Police PRO in Rivers State. He had not returned with any update as at the time of publishing this report. 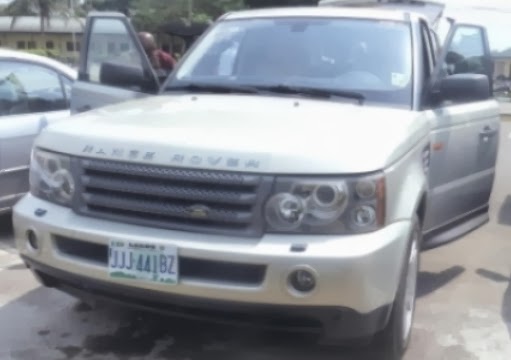 The thugs were caught in this brand new Range rover SUV

Hmmm…this mama at the top gets political power o.