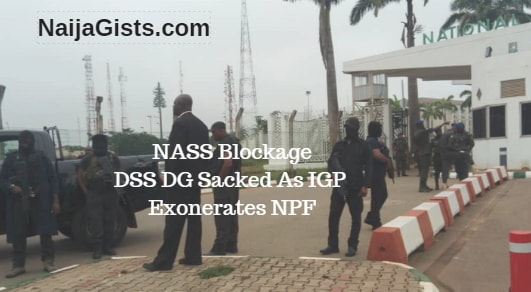 The Nigerian Police Inspector General, Ibrahim Idris has exonerated the NPF from today’s blockage of the National Assembly by DSS operatives.

After a closed-door meeting with acting President Osinbajo at the Villa today, Idris told state House Correspondence that the blockage was a surprise to him as he didn’t authorize it.

He added that the NPF will soon issue a press statement on the incident.

Osinbajo had earlier sacked the DG of DSS, Lawal Daura over the illegal invasion of the National Assembly.

The acting President who condemned the invasion said such unlawful act is a gross violation of the constitution.