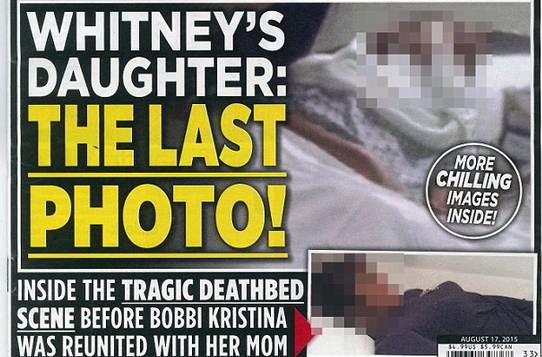 Days after the National Enquirer paid a whopping $100,000 for the publishing right of late Whitney Houston’s daughter, Bobbi Kristina’s last photo, the magazine has released her last photo alive.

The photo of Bobbi Kristina’s death bed was acquired on Sunday July 26th and published yesterday in the latest edition of the magazine.

In the photo, 22-year-old Bobbi Kristina was seen lying unconscious under a blanket in her bed at the Peachtree Christian Hospice Georgia the same day she breathe her last breath. 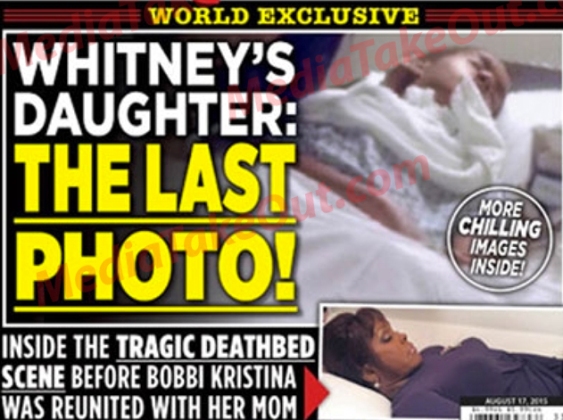 The latest edition of the magazine also shows Whitney Houston’s death photo acquired back in 2012.

Both Bobbi Kristina and her mother died in the same tragic manner.

They were both found unconscious in the bathtub.

Their death have been linked to Illuminati Bathtub Ritual.