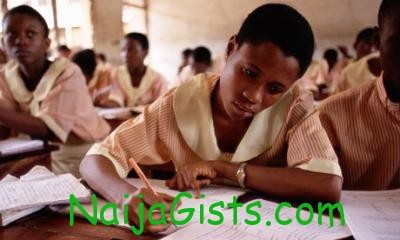 The registrar to the examination body, Professor Promise Okpala, made the announcement on Wednesday, while releasing the results at the council headquarters in Minna, Niger state.

The 2011 result that was just released by the council revealed that 10 percent of the 110,724 candidates that sat for the examinations scored credit and above in core subjects like English language, Biology, Chemistry, Physics and Geography.

Okpala said there was improvement in Mathematics as 41 percent of the students scored credit, pass and above, compared to that of last year, which recorded only 17 percent success in the same subject.

The results that were presented showed a 40 percent reduction in the number of candidates that sat for the examination in 2011, but the registrar attributed that to the council’s determination towards eradicating malpractices in the conduct of its examination.

For the past five years, the examination body has recorded mass failure.