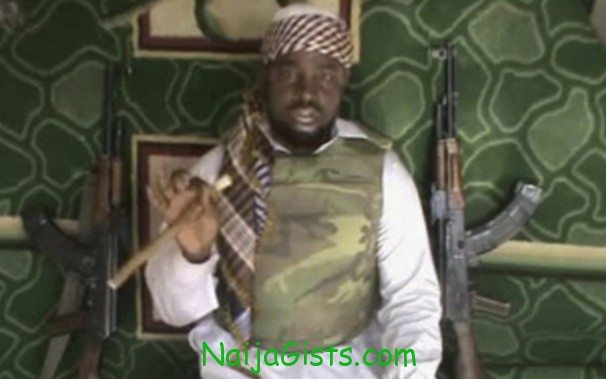 According to the latest media report, a New Leader has surfaced for Boko Haram Terrorist Sect. His name is Imam Abubakar Shekau. naijagists.com

Imam Abubakar Shekau said recent killings of Christians were justifiable revenge attacks and President Goodluck Jonathan had no power to stop the group’s insurgency, in the first video of him posted online, according to Reuters.

The 15 minute video of Abubakar Shekau posted on YouTube is similar in style to messages submitted by other Islamist groups like al Qaeda, a sign of the growing influence other jihadist movements are having on the sect.

Boko Haram, whose name translates from the northern Hausa language as “Western education is sinful”, has been behind almost daily killings in its home base in the largely Muslim northeast, most recently targeting Christians.

“Christians, everyone knows what they have done to us and Muslims … we were attacked and we decided to defend ourselves and, because we were on the right path, Allah has made us stronger,” Shekau says in Hausa, sat in front of two Kalashnikov rifles and wearing a camouflage bullet proof jacket.

“Jonathan, (you) know full well that this thing is beyond your powers,” he added, referring to the president.

Shekau is understood to have taken over control of Boko Haram, which wants sharia law more widely applied across Africa’s most populous nation, after the sect’s founder Mohammed Yusuf was killed in police custody in 2009 following an uprising in which 700 people were killed.

“Everyone knows how our leader was murdered and everyone knows the way the Muslims were killed,” Shekau says, remaining stony faced and calm throughout.

In August last year, the sect carried out a suicide car bombing of the United Nations headquarters in the capital Abuja that killed 24 people. On Christmas Day it masterminded coordinated explosions against Christians, including one at St. Theresa’s Catholic a church near Abuja that killed at least 37 people.

The most recent attacks have targeted Christians but dozens of Muslims were killed by the sect last year.

Gunmen shot dead four people at a petrol station on Wednesday in the northeast Nigerian town of Potiskum, where on Tuesday suspected members of Boko Haram shot dead eight people.

“Four people were shot dead this afternoon but I cannot confirm whether the attackers were Boko Haram,” said Tanko Lawal, police commander in Yobe state. Yobe’s government said on Wednesday it has banned the use of motorbikes, which have often been used in Boko Haram attacks, in volatile areas of the state.