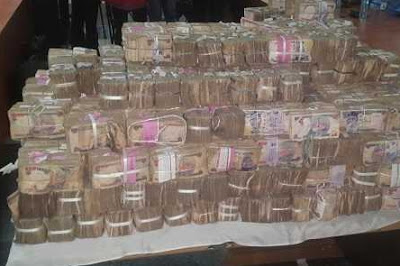 Minister of Justice and the Attorney General of the Federation,  Abubakar Malami (SAN), has revealed that his ministry has so far recovered N57.9 billion as well as $US666.676 from corporate organisations and corrupt individuals in the country.

The Minister made these disclosures in Abuja while defending the 2017 Appropriation bill of the Federal Ministry of Justice before the Senate Committee on Judiciary, Human Rights and Legal Matters at the National Assembly Complex last Thursday. Malami, however, lamented that his ministry operated without a budget in 2016.

His Special Adviser on Media and Publicity, Comrade Salihu Othman Isah, in a statement, quoted the Minister as saying:

“Our budgetary proposal of N18, 528,093,480.00 was not appropriated thereby compelling the Ministry to operate on a zero capital budget.”

According to Isah, the AGF expressed satisfaction with the achievements recorded by the Ministry as a result of the recoveries, which resulted in increased revenue for the Federal Government.

The budget framework, which the Minister defended, shows that the ministry’s budgetary allocation received a boost as against the 2016 appropriation. The budget document showed that the total sum of N6,914,774,768.00 was earmarked for the Ministry in the 2017 budget appropriation as against N3, 921,612,815 in 2016.

Members of the committee chaired by Senator David Umaru representing Niger East Senatorial District, expressed satisfaction with the budget presentation and unanimously applauded the recoveries made by the ministry of Justice.