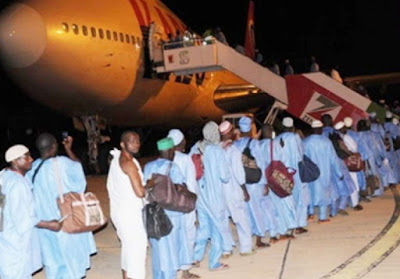 The Welfare Board of Kebbi Pilgrims has announced the death of two pilgrims from the state during the just concluded 2016 Hajj in Saudi Arabia.

Alhaji Aliyu Jajirma, Secretary, state Publicity Committee on 2016 Hajj, confirmed this in a telephone interview from Mecca on Monday.

Jajirma, who is also the state Chairman of the Nigeria Union of Journalists [NUJ], however, did not disclose the names of the pilgrims, but said the two, male and female, died in hospital as a result of brief illness.

He said that the affected pilgrims, who were buried in the Holy city of Mecca, hailed from Maiyama and Augie Local Government Areas of the state.

According to him, wife of the state governor, Dr Zainab Bagudu, who also performed the Hajj, had commisserated with the families of the deceased.

A total of 4,107 pilgrims from Kebbi performed the 2016 Hajj in Saudi Arabia.