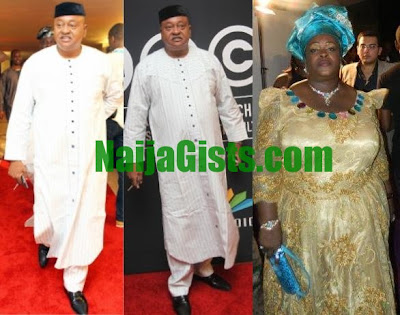 Nollywood actor Prince Jide Kosoko who is popular for saying things as they are has finally spoken up on his two wives.

The actor who lost his first and second wife to untimely death few years back has revealed the names of his 2 living wives and they are Alhaja Kareemat Kosoko and Nollywood actress Henrietta Kosoko.

One of his daughters, Sola Kosoko who married last year recently blamed his dad for marrying two women instead of one after the death of her mother and step-mum.

Hear what Sola Kosoko said on her father’s mistake of marrying more than one woman after losing two. 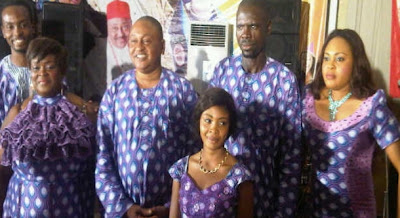 Your father Jide Kosoko married four women?
Eyin le’n ka o – You are the one counting for him.

When the other women came, how did you feel?

To be realistic, I am not pretending and I don’t like pretending. I didn’t feel good. I thought in my mind that he was making a very big mistake. I was not bold enough to call him and tell him that “Daddy, what you are doing is wrong”. Why would he go and marry more than one wife? Okay, I lost my mum and my first step mum – My mum was my father’s first wife, and together with his second wife, my father lost both of them.

He was still young then and the truth is it’s only logical for him to remarry another wife, which nobody would blame him for doing. But going for two again is what I really disagreed with him.

He shouldn’t have gone for two. Why? Why would he think of two? One would have been okay for him.