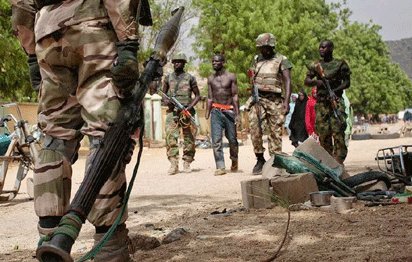 Here is a statement released by the Nigerian army

“Consequently, the troops laid ambush on the terrorists’ suspected routes along Damboa road and eliminated them. The suicide bombers were intercepted in three different locations approaching the city; Ajiri area towards Damboa road, High Court axis and the Eye Hospital Area. “The Explosive Ordinance Device team have been mobilised and they are combing the general area as well as clearing the debris.”