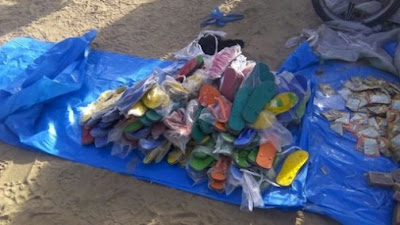 5 suspected Boko Haram terrorists fleeing from Sambisa forest to a nearby village have been shot dead by the military.

In the early hours of today, the army met a group of women and their kids who claimed to have escaped from Boko Haram inside Sambisa forest but upon interrogation, the army discovered that they are wives of some terrorists fleeing from heavy military bombardment in Sambisa forest to Fulawani village.

The military immediately set up ambush against the terroristS and opened fire on them. 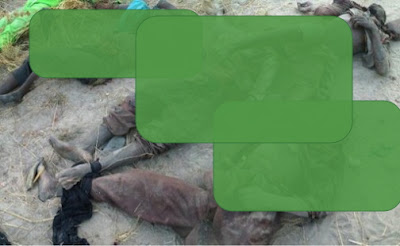 They recovered a lot incriminating items from them.